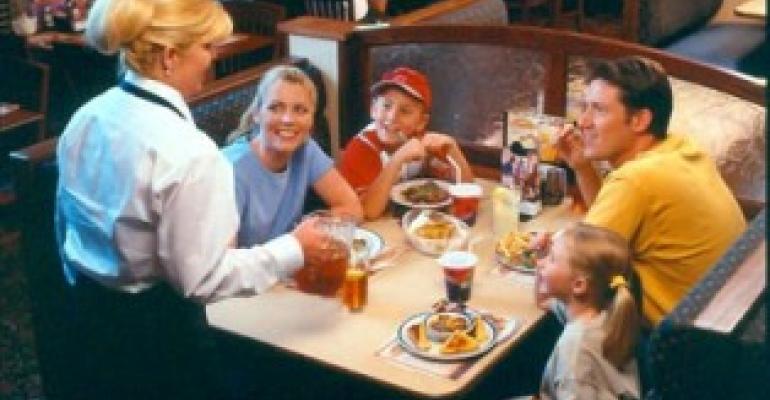 Executives at both companies said more positive trends should be expected in the months ahead, with Denny’s pointing to sustained growth of guest counts through the second half of 2010, and Bob Evans pointing to a positive November, both of which came before blizzards and storms swept across the country in December and January. The latest quarter at Spartanburg, S.C.-based Denny’s ended Dec. 28, while Columbus, Ohio-based Bob Evans completed a fiscal third quarter ended Jan. 28. Bob Evans also operates the casual-dining Mimi’s Café.

In contrast, family-dining leader IHOP was able to post a positive 1.1-percent increase in same-store sales during its latest quarter, which ended in December. It cited limited-time offers and All You Can Eat Pancakes. The same-store sales bump also was driven by a higher guest check, offsetting negative guest traffic. Cracker Barrel, another leading family-dining chain, is reporting its latest-quarter results next week, and one analyst, Stephen Anderson at Miller Tabak & Co., said Tuesday he expects positive same-store sales from the chain, despite the winter weather.

Denny’s Corp.: Fourth-quarter net income swung to $2.7 million, or 3 cents per share, compared with earnings of $17.9 million, or 18 cents per share, in the same quarter a year earlier. In the latest quarter, net income was negatively impacted by a year-to-year reduction of $8 million in gains from restaurant sales to franchisees, $4.3 million in expenses related to debt refinancing, and a $3.9 million reduction in workers’ compensation claims.

Fourth-quarter revenue for the operator or franchisor of more than 1,600 restaurants totaled $135.9 million, down 3.3 percent from a year earlier.

Combined same-store sales for the quarter fell 1.3 percent, reflecting drops of 0.5 percent at the 564 flagship Bob Evans restaurants and 3.2 percent at the 131 Mimi’s Café outlets.