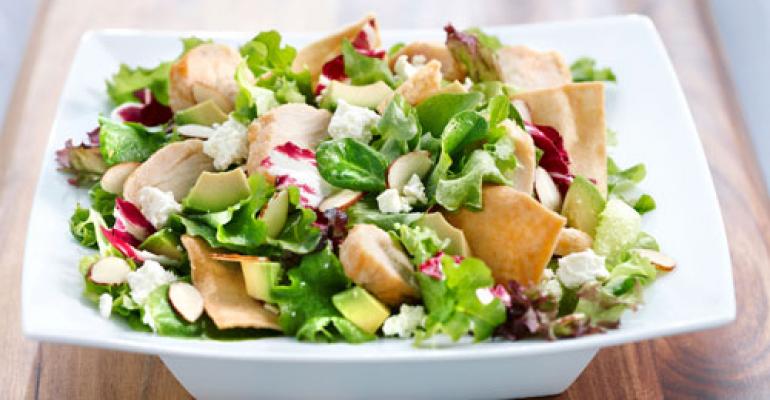 Saladworks, a fast-casual salad chain, has launched the second in a series of salads based on winning contest entries.

The suggested selling price is $8.49, although prices might vary depending on the franchisee. The salad is available until August 30.

The salad is named after Lorrie Nixon of Covina, Calif., who submitted the entry. Apart from having a salad named after her, she was also given a $500 gift card.

The first winning entry was “Dana’s salad,” a mixture of iceberg and romaine topped with artichokes, mozzarella, olives, tomatoes, radiatorre pasta and shrimp. Saladworks recommended its Lemon Capri dressing with that salad.