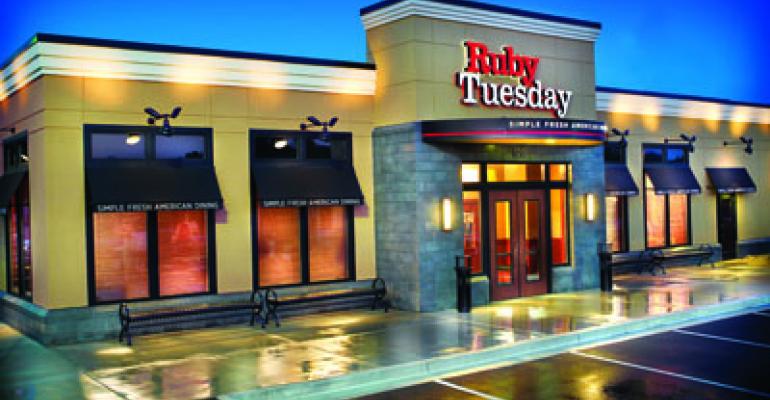 Citing higher interest expense and decreasing same-store sales at company locations, the Maryville, Tenn.-based operator and franchisor of casual-dining restaurants said it lost $2 million, or 3 cents per share, for the Nov. 29-ended quarter, compared with net income of $4.6 million, or 7 cents a share, in the year-ago period

Quarterly revenue rose 5.9 percent, to $307.5 million, compared with the prior year, on the strength of additional company restaurants.

Ruby Tuesday ended the quarter with 742 company restaurants — up 66 from a year ago — and 43 and 44 domestic and international franchised locations, respectively, for a total of 829 restaurants systemwide. That number is down from 874 a year earlier. In the year ago quarter, the Ruby Tuesday system had 140 and 58 domestic and franchised locations, respectively.

“While our same-restaurant sales for the quarter were below our expectations, we were able to operate more efficiently from a cost standpoint which enabled us to realize earnings that were better than our guidance,” chief executive Sandy Beall said.

“While not yet reflected in our same-restaurant sales results, we continue to make progress on the various sales-building initiatives that are in test, many of which are supported by media,” he added.

The company said other highlights from its second quarter results included continued progress on a conversion strategy with the opening of Marlin & Ray’s seafood concept restaurants in Lithonia, Ga., on Sept. 28; in Columbus, Ohio, on Nov. 2; and in Cincinnati on Dec. 7.

It said it also opened its first Lime Fresh in-line location in Huntsville, Ala., on Oct. 5, and opened a newly constructed Truffles Grill in Winter Park, Fla., on Nov. 2.