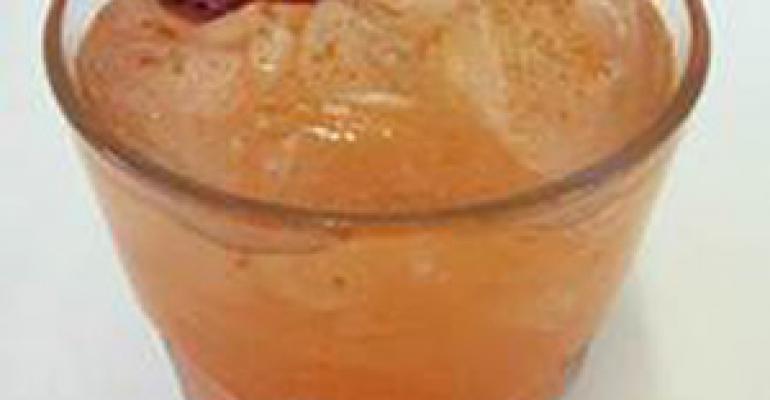 Restaurants use Halloween promos to scare up business

Restaurateurs are rolling out assorted tricks and treats to drum up business on Halloween, which this year falls on a Monday.

Ranging from the ghoulish and creepy to the downright fun, the many bar, menu and party promotions are designed to raise business on a night that is often dead.

Still, many operators are calling on spirits to bring in the evening’s revelers. Among them, Station 4 in Washington, D.C., is offering $6 cocktail called the True Blood Martini, which is colored with raspberry liqueur and served with a red sugar rim.

The restaurant also is relabeling a wine from Moldova as “Transylvania wine” and selling it for $4 per glass, and offering guests in costume a chance to win a $100 gift certificate.

Hank’s Oyster Bar and Lounge, also in Washington, D.C., will be offering a special cocktail called Hard Candy. The $11 drink is made from vodka, Concord grape syrup, soda water and a dash of phosphoric acid — used to make classic phosphate sodas.

In Boston, 606 Congress is serving up the Ghost of Mary cocktail — its interpretation of a Bloody Mary.

A number of cocktail specials are also being linked to the Day of the Dead, a Mexican Holiday that predates Christianity in that country but that has come to be associated with the Catholic All Saint’s Day, Nov. 1, and All Souls Day, Nov. 2.

Ten-unit, New York-based Rosa Mexicano is offering a special Picosita cocktail for $11. A take on the Margarita, the Picosita has muddled red bell pepper added to it, and it’s topped with a combination of cayenne pepper and cumin and garnished with a charred red pepper slice.

At Maya and Pampano restaurants in New York and Tamayo in Denver, all owned by restaurateur Richard Sandoval, special cocktails include the Medianoche, made with añejo tequila, sweet vermouth, lemon zest and hibiscus purée; and the Margarita del Diablo, made with reposado tequila, blood orange purée and sour mix, served in a glass rimmed with black mole.

La Petite Abeille, a Belgian eatery in New York City, doesn’t let the fact that Belgians don’t typically celebrate Halloween keep it from celebrating this uniquely Anglo-Saxon holiday all weekend long, as it tries to attract both families and enthusiastic grown-up partiers.

On Saturday the restaurant holds an annual costume contests. The winner of the kids' competition will get an iPod, while the team that takes the prize for the family/group-themed costume contest gets treated to free dinner.

Then on Sunday the restaurant is holding a pumpkin carving and decorating contest, the winner of which gets a giant nine-liter bottle of Belgian beer, which it normally sells for $450.

Many large chains are getting into the Halloween spirit with weekend specials. On Friday, IHOP is giving free Scary Face Pancakes to anyone under age 12 from 7 a.m. to 10 p.m.

Served with a whipped topping mouth and a strawberry nose, chocolate cookies and candy corn are served on the side for kids to decorate the pancakes as they wish.

Chipotle is using Halloween as a fundraiser to bring attention, as the chain says, to “the scary realities facing family farms.”

During the Boorito fundraiser, customers visiting Chipotle restaurants in the United States, Canada or Great Britain dressed in a costume inspired by the family farm are treated to a burrito, order of tacos, salad or burrito bowl for $2, and Chipotle will donate the proceeds, up to $1 million to Farm Aid and the Chipotle Cultivate Foundation.