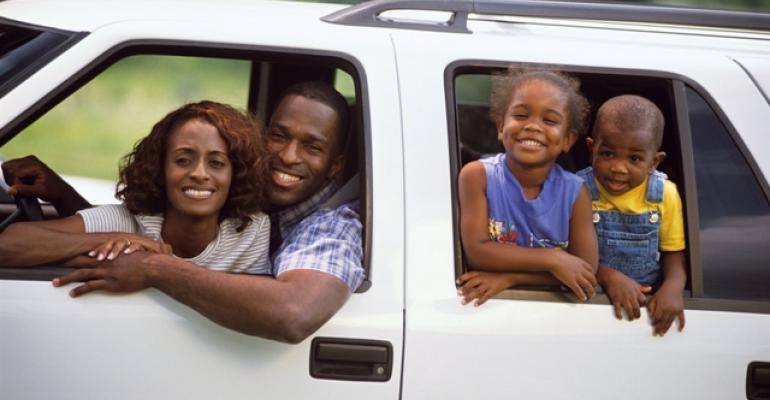 As summer vacation season heats up, consumers plan to hit the road — but they expect even more bang for their buck, particularly at restaurants, according to a new Harris Poll study. Restaurant operators say they are on the ready.

The Harris Poll study, conducted in May, asked 2,500 consumers nationally about their summer travel expectations and found that two-thirds, or 66 percent, will take a leisure trip this summer. The number remained nearly identical to last year when 65 percent of respondents said they would plan vacations despite the economic downturn.

“Because people have been very cautious for quite awhile now, because consumer sentiment has been very soft, we believe there is a pent-up demand for travel and vacation,” said Julie Davis, spokeswoman for the 593-unit Cracker Barrel Old Country Store and Restaurant chain. “People have not been eating out and they want to treat themselves.”

Restaurant chains across the country have geared up for summer travel with value deals and limited-time items for family trips, operators said. At chains that cater to the family market, sources said that despite talk of spending less, they believe consumers want to go on vacation and increase their opportunities to dine out.

“With gasoline prices at reasonable levels compared to those highs of over $4 a gallon a few years ago … we believe [consumers] will be taking vacations, and we will be ready for them,” Davis said.

The Lebanon, Tenn.-based Cracker Barrel expects the July 4 weekend to be a sales winner, and is typically the chain’s busiest week of the year.

“Cracker Barrel is synonymous with travel for many people,” Davis said. “Forty percent of our guests are travelers. When it comes to summer travel, there are lots of people on the road.”

At Denny’s, executives said they, too, expect increased sales this summer, a season they noted is traditionally a strong one for the 1,500-unit family-dining chain.

“Historically, summer and travel season has always been a strong time for Denny’s, and this year we anticipate the same,” said John Dillon, the chain’s vice president of marketing. “Consumers in today’s market are looking for value — whether at home or when they’re traveling — but increasingly, we’re seeing success with a combination of value and ‘cravable’ product innovation.”

Dillon noted that the Spartanburg, S.C.-based chain’s new “$2 $4 $6 $8 Value Menu,” which debuted in April and offers items ranging between $2 and $8, has caught on with consumers. Several limited-time offers, including a new line of skillet meals, $2 ice-cream floats and a Red White and Blueberry Pancake Puppies also debuted last month.

“All these items have done extremely well so far in the early part of the summer, and we definitely anticipate that to continue,” he said.

“We do target families and kids on summer break,” he said. “It will be interesting to see how demand picks up as the economy starts to come into recovery.”