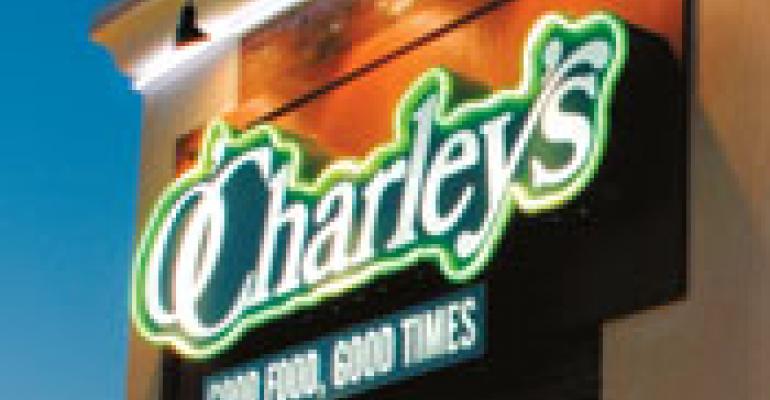 New high-performance kitchen equipment will play a key role in a plan by O’Charley’s Inc. to make its restaurants more competitive in the casual-dining segment. A move to induction cookers, clamshell griddles, quesadilla presses and bun toasters—synchronized by a new video-monitor kitchen display system—is resulting in improved food and speedier ticket times in the stores where they are already in use, company officials say.

The kitchen redo is ultimately designed to lift the Nashville, Tenn.-based multiconcept company out of “the sea of sameness” in casual dining, said vice president of culinary development Stephen Bulgarelli. “We really want to break free of the sameness and extend ourselves in flavor profiles and cooking techniques.”

It’s part of a broader rebranding initiative that also includes remodeling, new buildings, staff training and updated uniforms and service wares. It’s known as “Project Revolution” in 229-unit O’Charley’s and “Project Dressed to the Nines” at Ninety Nine, its 115-unit sibling chain. O’Charley’s, which also is parent to 10 Stoney River Legendary Steaks restaurants, has been struggling in the recent past. The company recently reported dramatic decreases in profit and revenues for both the fourth quarter and full year ended Dec. 30.The company also said fourth-quarter same-store sales at corporate units fell 4.3 percent at O’Charley’s corporate units, 4.5 percent at Stoney River, and 2.6 percent at Ninety Nine.

The most technically advanced of the equipment additions is the induction cooker, which replaces open-flame cooktops for quicker, safer cooking. It uses an electromagnetic field to create heat almost instantaneously in a ferrous-metal cooking pan when it is placed on the unit.

“Our ticket times have decreased because the induction unit takes only three or four seconds to get hot, versus a sauté pan that could take a good 30 or 40 seconds,” Bulgarelli said.

Also speeding up cooking is the clamshell griddle that sears food on both sides simultaneously before it is moved to the broiler for a brief final cooking.

A new quesadilla press with smooth, heated plates produces the Southwestern Chicken Quesadilla and similar appetizers more quickly as well. Prior to the press, quesadillas were typically made in sauté pans. “That works, but it burdens the sauté station, because you can do only one per pan,” Bulgarelli said. “In the press, we can make several quesadillas at one time, and it’s quicker, because both the top and bottom surfaces are heated.”

Improvements also include a bun toaster that works in 14 seconds, significant for a concept with a following for its burgers.

Cooks are notified on a video display when to begin cooking each item, so that all parts of a table’s order will be finished at the same time.