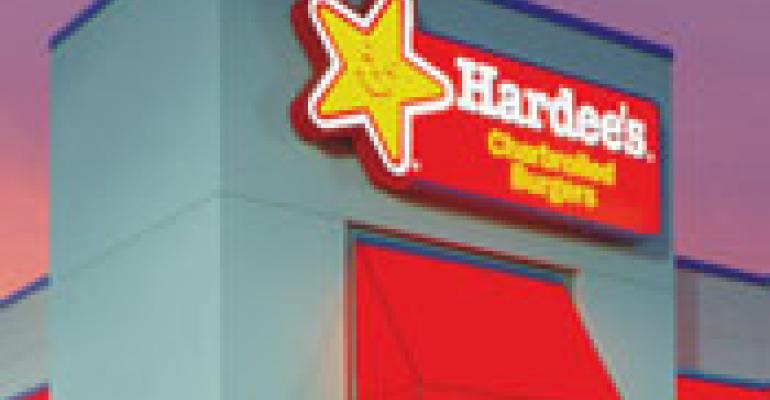 Prices aren’t the only numbers dropping in quick service. While more and more items get placed onto value menus and 99-cent burgers figure in more ad campaigns, many of the segment’s largest players also are slashing their number of corporate outlets.

While the selling of corporate locations to franchisees has long been a tactic used to reduce costs and increase cash flows for a parent company, refranchising is becoming an increasingly popular strategy as operating costs continue to mount and investors continue to pressure companies to adopt business models that are more heavily franchised.

Refranchising typically reduces total corporate sales and even earnings in the near term, as the parent company is no longer collecting all revenues from the restaurants sold to franchisees. But with the reduction in costs and the increase in operating cash minus capital expenditures—or free cash flow—earnings typically improve in the long run. In addition, increased cash allows the parent company to pursue other initiatives intended to improve business, such as remodeling older locations, research and development, and accelerated growth in handpicked corporate markets.

“First and foremost, it provides stability in terms of cash flows,” says restaurant securities analyst Jeffrey Bernstein at Lehman Brothers in New York. “Instead of riding the waves of volatility, it allows the franchisor to collect 4 [percent] or 5 percent of the top line regardless of the environment.”

Running restaurants, or having “skin in the game,” used to be considered mandatory in the restaurant business, but now companies are questioning just how much skin really is needed in order to maintain control of the system. The typical ratio of franchised restaurants to corporate locations used to be about 80-20, or 75-25, but now companies are pushing it to 90-10 and even closer to 100-percent franchised.

Yum! Brands Inc., the largest quick-service company, with more than 33,000 restaurants worldwide operating under such brands as KFC, Pizza Hut and Taco Bell, announced last month plans to aggressively refranchise many of its U.S.-based corporate restaurants, with the goal of hitting a less-than-10-percent ownership rate by 2010.The Louisville, Ky.-based company currently operates about 4,000 locations, or about 20 percent to 22 percent of the nearly 18,000 units in the United States.

At McDonald’s Corp., between 1,000 and 1,500 corporate restaurants are expected to be refranchised over the next three years. During the past 12 months, the company already had reduced its corporate location count by 5 percent, or about 1,200 units. Bernstein, who covers Oak Brook, Ill.-based McDonald’s, said in a research note that more refranchising from the No. 1 burger chain means more free cash that could be used for other initiatives to help the brand continue its dominance.

“With fewer unit obligations, management can support other revenue opportunities,” he says, “including the launch of a new beverage platform…remodels and acceleration of unit growth in certain [corporate] markets [like] China and Russia.”

Bernstein notes that when it comes to McDonald’s promised new beverage line, which the company expects will add $1 billion in incremental sales and will include lattes and espressos, the added cash from refranchising will help fund the franchisor’s 40-percent contribution to the capital investment franchisees will need to undertake for new equipment.

At San Diego-based Jack in the Box Inc., the company has been working to refranchise hundreds of restaurants since 2005 and has slated hundreds more for refranchising in the next four years.

CKE Restaurants Inc., parent to the Hardee’s and Carl’s Jr. brands, worked throughout last year to refranchise a targeted 200 Hardee’s restaurants in the Midwest and Southeast. As of press time, a total of 136 of those locations were sold, with terms undisclosed, to franchisees. The system’s largest franchisee, Rocky Mount, N.C.-based Boddie-Noell Enterprises, purchased 34 locations in North Carolina.

John Beisler, vice president of investor relations at Carpinteria, Calif.-based CKE, says the company doesn’t have a set goal in terms of how many restaurants it wants to own or to franchise. The original 200 were slated for sale because they initially were franchised locations that the company bought back because of sagging sales and the need to invest. The company always knew it would eventually refranchise these locations, he notes.

The strategy will reduce CKE’s capital requirements, provide more stable income, give underpenetrated markets to franchisees that can build out those markets and make CKE less vulnerable to operating-cost increases. With about 30 percent of all units now in corporate hands, the company is “a little more open to commodity and labor pressures,” Beisler says.

The company reported that the refranchising efforts led to an annual increase in free cash flow of $16,180 per restaurant.

The refranchising initiative was also about growth, Beisler says.

“We looked at the markets where we wanted to best invest our resources,” he says, referring to where CKE plans to continue to build. “But franchisees that are developing locally, in their own markets, have more of a sense of what’s going on there. You need both to make it all happen.”

The thousands of restaurants currently up for sale by these companies have created an influx in supply that could benefit franchisees looking to expand, sources say. About a dozen franchisees of various systems were contacted to discuss their development plans in this flush market, but none returned calls seeking comment. One franchisee representative said this type of sensitive information, or any dealings with its franchisor, could be considered confidential under the franchise agreement.

With so many purchasing opportunities, buyers can be pickier and sellers won’t have as much leverage when it comes to pricing—a positive for the franchisees, but a potential problem for the franchisors.

“Will [they] be selling for a lower price or selling to franchisees that wouldn’t normally qualify?” analyst Bernstein asks. “It’s so en vogue of late, so the question is are you getting the right people, which, if not, could lead to a whole new set of problems later down the road.”

While not operating in the quick-service market, IHOP Corp. reported late last month that its refranchising plan for about 475 of the 510 corporate units at newly acquired Applebee’s won’t fetch the same proceeds the pancake specialist once thought it could. The company did not detail the amounts.

“We do believe that we’re going to fall a little short…in part because of the fact that there has been some erosion of the cash margin of company-operated stores,” IHOP chief financial officer Thomas Conforti said during a company presentation at the recent Cowen & Co. investor conference.

“We don’t consider it to be a material financial issue,” he added, noting that IHOP would “seek to get every dollar of proceeds that we can.”

“The financial return on doing an acquisition is more efficient than trying to build one [unit] at a time,” says Dean Zuccarello, president and chief executive of The Cypress Group, an Englewood, Colo.-based investment bank that services franchised and multiunit restaurant companies. “It could take years developing locations, where within one year’s time you could make a 30-store acquisition.”

Zuccarello, whose firm just closed on franchisee deals in the Krystal and Burger King systems, says the tightening of the credit markets that first began last summer hasn’t really changed the pace of deals occurring in the middle-market, franchised-based arena.

“These types of transactions are more the bread-and-butter, the plain-vanilla deals for the financial institutions that are active in the restaurant space,” he says. “It won’t take anything super aggressive for them to underwrite these deals.”

Despite the simmering of the market and the pullback in valuations seen in larger deals—which had been closing at multiples as high as 12 times earnings before interest, taxes, depreciation and amortization—franchisee transactions are still occurring at about the same levels they always have, he says. Most transactions, Zuccarello says, are priced between four or six times the unit’s trailing EBITDA. While a multiple of six “is really pushing the envelope,” he says, a multiple of four is a deal that “has hair on it…there’s some damage there.”

He adds: “Franchisee transactions always will be traded at a discount. You don’t control the brand, you can’t always control your own destiny…but that’s not necessarily a bad place to be. Those multiples can provide some pretty compelling returns.”

The financing will be there for franchisees looking to close on a sale of corporate locations, although it could be at a higher price and take awhile longer to get it closed, sources say.

“There is still access to capital,” says Jeffrey Fleischer, senior vice president at Spirit Finance Corp., a sale-leaseback financing specialist in Scottsdale, Ariz. “It will be priced more conservatively, it will be priced higher. Lenders will want to see equity and skin in the game against a smaller multiple.”

FOR SALE BY OWNER