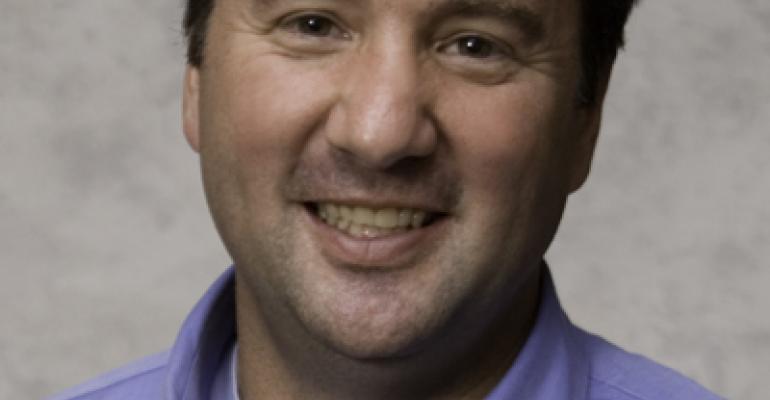 Caribou Coffee chief executive Mike Tattersfield walked into one of his chain’s 541 coffeehouses wearing pink sneakers, hours before he was to speak at a luncheon in Chicago for breast cancer charity Susan G. Komen for the Cure. The Minneapolis-based chain’s fundraising efforts for the Komen organization are part of its corporate social responsibility program, internally branded as “Do Good.” But Tattersfield spoke at length with Nation’s Restaurant News this week about how well the brand is really doing.

Following a first quarter in which a 4.3-percent same-store sales increase helped more than triple Caribou’s net income from $500,000 a year earlier to $1.6 million, the brand is forecasting growth of 10 stores this year and between 20 and 30 stores annually over the next several years.

Tattersfield said new products like breakfast and lunch sandwiches would take Caribou into new dayparts to ensure that growth potential.

With a successful rebrand and new products at Caribou in the last two years, does that imply that you’re rethinking what it means to be a coffeehouse?

The model is people [who are] looking for coffee, but they also want to pair it up with something to eat. For about 16 years Caribou was really dabbling with the typical breakfast: pastries and baked goods. … You see us getting a very successful launch of breakfast sandwiches, which are doing very well and are highly regarded, using the nuances of flavor attributes that customers are looking for — turkey bacon and artisan breads.

Our business does about 70 percent of sales between 6 a.m. and 11 a.m. Another 20 percent is from 11 a.m. to 2 p.m. If you want to start shifting dayparts, you have to think about it in a beverage platform, and then the food that comes along with that. … I see the coffeehouse kind of evolving much more toward the café thing. [We could] stick with just doing exceptional coffee, but I don’t think that’s extremely scalable. If you have inferior food, eventually it’s going to hit your coffee program, because it’s not OK to be exceptionally good at one thing and mediocre at others. You’re setting the standard every time you’re putting something out to a customer.

So to expand dayparts, you’re trying to introduce some new habits for guests. Does that inform other aspects of Caribou’s business, like operations or real estate?

In suburban areas, not having a drive-thru location is a big mistake. You need to make sure then that your operations team is set up to do it interestingly. Does the Caribou guest in the drive-thru feel like it’s a Caribou [location]? We can do that through visual cues or verbal cues that don’t slow up the line but get them to engage.

How do you balance running the company now while also laying the groundwork for 2012 and beyond, when the company is projecting accelerated growth?

How do you drive average unit volume in your existing store base? A lot of that will be done with the store experience that can create that great connection … that’s been a lot of the foundational work consistently going on and will never stop. That gives me a lot of confidence as I ask if the organization is ready to go on its next evolution, which is development. When you develop, you don’t want to get into the game of opening up 100 stores in a year. A-plus real estate doesn’t open up that quickly, so you need to be really diligent about what you want to do.

We have 16 states and the District of Columbia right now … and we think it’s somewhere in the five-times growth model, which would be about 2,000 stores. … The doughnut competitors, burger competitors and our direct coffee competitors have 10-times scale on us in a market like Chicago. They’re all into mass media. Starbucks doesn’t like to think of themselves as a mass advertiser, but they’re behavior is starting to mimic that, because 11,000 stores in the United States means they are competing with McDonald’s.

So how does Caribou differentiate itself?

We’re focused on quality, and they’ve gotten so big, it’s practically impossible for them to manage coffee quality. What they’ve done is build a great company, and it’s been a great roadmap for us to study as we get ready for growth. Howard [Schultz, Starbucks’ chief executive] has done a great job building the category we’re in, and now they’re competing with largesse, whereas being unique and different is something we think we can do.

That’s why you saw us be pretty diligent: Get the products, get the branding, get the team capabilities up. That’s why we did the retail strategy first and AUVs second. Then we get new store development going. But you needed all that foundation to come to fruition, and then you have to have a pipeline that continues to grow forward and a design that continues to evolve. That’s what makes Caribou pretty interesting, because it’s been around for 18 years, but for most people, it’s brand new.

Caribou has announced plans to build out core markets like Chicago, Minnesota and Washington, D.C., but are there any new markets on the horizon?

Let’s call Chicago as it is: 56 stores with a 10-times competitive base. People will find it hard to find a Caribou. It’s really important that we continue to grow in markets where we already have a footprint and expand further. Competitors are not just going to give ground. There are a lot of things we can do in markets we’re already in. Customers make loyalty decisions in every channel, so if you skip a channel, they’ll skip you.

Caribou’s 1-percent price increase last year was within its normal annual range, even with coffee prices skyrocketing. How do you manage that?

Pricing affects different channels differently. In CPG, companies are taking as much as 40-percent pricing, because they’ve needed to. We’ve been fortunate in 2011 in that we were locked in on our commodity costs.

Traffic really matters, both in the commercial channel and the foot traffic in our stores. One percent has been our consistent module, and it’s about what drinks do you take down and which do you take up. That’s never changed, even in this environment. … It’s about figuring out the right blend of quality traffic-driving initiatives that are meaningful to our customers. Our customer is affected by a lot of other things that go on in the marketplace; our job is to manage what we can control. But I don’t have a lot of impact on the gasoline price.