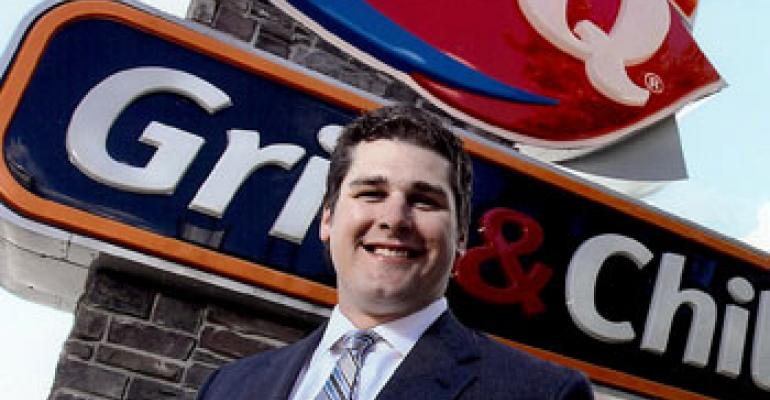 When Fourteen Foods acquired 58 of 60 restaurants operated by franchisor International Dairy Queen, it not only nearly doubled its size, from 61 to 119 DQ locations, but it also underscored the company’s penchant for buying before building.

Matt Frauenshuh is chief executive of Minneapolis-based Fourteen Foods, which also is doing business as Frauenshuh Hospitality Group. The company got its start with the Dairy Queen system in 2002 by opening one of the 4,500-plus-unit chain’s first upscale Grill & Chill restaurants. The business is owned by a Frauenshuh family that previously was known primarily for its real estate expertise.

After expanding at a modest rate during its formative years, Fourteen Foods stepped up expansion, growing tenfold from a base of 12 Minnesota DQ Grill & Chill and Brazier restaurants in March 2007 to the near 10 dozen it operates today in Indiana, Iowa, Kentucky, Minnesota, Nebraska, South Dakota and Wisconsin. That growth — including the key acquisition of 33 restaurants from Kraus Foods Midwest in the first quarter of 2008 — spanned the start, heart and end of the recession and the 21 challenging months since the official conclusion of that downturn.

The acquisition from International Dairy Queen for undisclosed terms of 52 Grill & Chill restaurants in Kentucky and six more in Indiana pushed Fourteen Foods employment roster from about 1,830 people to about 3,800, according to Frauenshuh.

While he declined to share Fourteen Foods’ actual sales, he did confirm that 2010’s take was up 2 percent from 2009’s level. Further, he acknowledged that his company’s average annual sales per restaurant of about $850,000 prior to the latest acquisition, now stood at about $1.1 million, when factoring in the higher-than-system-normal volumes of Grill & Chill locations.

In comparison, data provided by franchisor Dairy Queen to NRN for its annual Top 200 census, suggests the domestic Dairy Queen system, overall, had 2010 AUVs of about $587,600.

Matt Frauenshuh spoke with Nation’s Restaurant News about his company’s latest purchase and its expansion strategy.

What did you like about this latest acquisition opportunity?

We like DQ and see a lot of potential in the Kentucky market. It's an American market that is growing.

Is there an advantage offered by buying such a big group of restaurants or by buying all Grill & Chills units?

Dairy Queen is really known for its treats. It's been a treat player since 1939. Grill & Chill has been around since 2002, so it is a much newer concept and allows us to focus on the kitchen and growing the food side of the business, as well as the treats.

Are food margins better than treat margins, or does focusing on food offer the opportunity for more sales throughout the day?

We think there is limited potential to grow sales volume in the treat business. I think we've seen that with Cold Stone [Creamery] and Jamba Juice and some of the other treat players. That's why Dairy Queen has continued to grow the food side [of its business.]

Will the IDQ deal result in any changes to your marketing?

We have an internal marketing team that focuses on that and does a lot of grass roots marketing, but the purchase in Louisville allows us the opportunity to control a [Kentucky] DMA [or Designated Marketing Area] from the local ad-spend perspective, so it will give us a chance to adjust that as we see fit.

How many restaurants have you acquired and how many have you developed?

What benefits have you enjoyed by growing primarily through acquisition?

We have had the benefit of inheriting some great people who have been integral to our success. We were very lucky in our first large acquisition of Kraus Foods to gain the majority of my key staff of today. They are extremely talented and dedicated to DQ and Fourteen Foods.

What motivates you to develop a restaurant from the ground up?

We are motivated to do this to enter new and growing markets that help to fill in our geographic footprint.

Late last year Dairy Queen officials indicated that it was taking longer than expected to sell company restaurants because lenders were looking closer at all such deals than they had prior to the recession. Would you talk a bit about your experience in lining up the capital for the DQ corporate-store purchase?

We were able to find financing quite easily, actually. There is not a great history with large groups of DQ's being sold, but that provided financing parties an opportunity to better familiarize themselves with the DQ system. We had a strong track record of successful acquisitions and strong same-store performance; this enabled us to have multiple interested financing options. But, in the end we worked with GE [Capital] and had a very smooth and strong relationship.