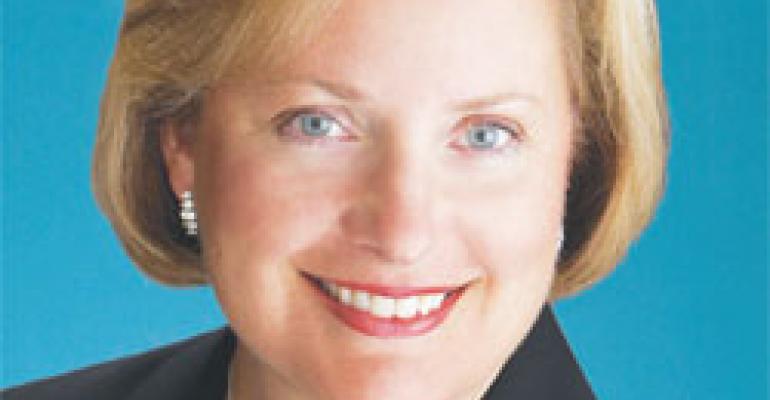 During Nation’s Restaurant News’ conversation with 2010 Golden Chain winner Sally Smith, the Buffalo Wild Wings chief executive expounded on her restaurant industry experience, how the casual-dining chain has maintained its steady rate of growth this decade and what issues will be facing the industry when she takes over for Dawn Sweeney as the National Restaurant Association chairman in 2011. Not everything in the 30-minute interview could fit in the magazine, so here are some excerpts:

On how her early business career at Dahlberg, a public company that made and sold hearing-aids, prepared her for Buffalo Wild Wings:

I probably wasn’t aware of the opportunities of the restaurant industry at an early age, other than as a server, but I think what I did along the way really groomed me for my role today.

On learning the industry during the mid-to-late 1990s, as chief financial officer for BWW, then as chief executive:

I remember going to a conference with a lot of the big-name foodservice executives. It was a leadership conference or something like that. The willingness to talk about issues common to the industry and then how to problem-solve was amazing. And I think it probably comes from the service mentality. I think it is part of the makeup of people that go into the industry.

I know that I could call up just about anyone with a problem, or if I was in town, invite them to breakfast, lunch or dinner, and say, “Hey, I would love to see your kitchen. What are you thinking about from a product roll-out standpoint?”

On issues facing the industry in 2011, such as menu-labeling and sodium, and how the NRA will be at the forefront:

Really helping operators be able to meet the guidelines, provide advice and resources, form caloric calculators to alternatives when they might not be in compliance – those are the things I think the association can be most helpful on.

Some of the information pushed by various advocate groups about sodium – what is that going to do to the ability to create the food that consumers seem to want? All the [possible] reformulation.

On the up-and-down nature of chicken wing prices:

It is something that we have had to manage for almost 30 years. It is always going to float, the price of chicken wings, and we just manage it.

Six years ago, we were just introducing boneless wings and our traditional wing probably accounted form 36-40 percent of our total sales. Today they represent about 20-22 percent, with boneless wings making up the difference. For the boneless wing we use chicken breast and our special breading. It is really helping people move off the traditional wing, which we contract out for a year.

But we know that people come to us for that traditional wing, so we focus on great quality and then it is working with our suppliers, finding out what other products we can buy from them and then leveraging our ability to get that fresh wing.