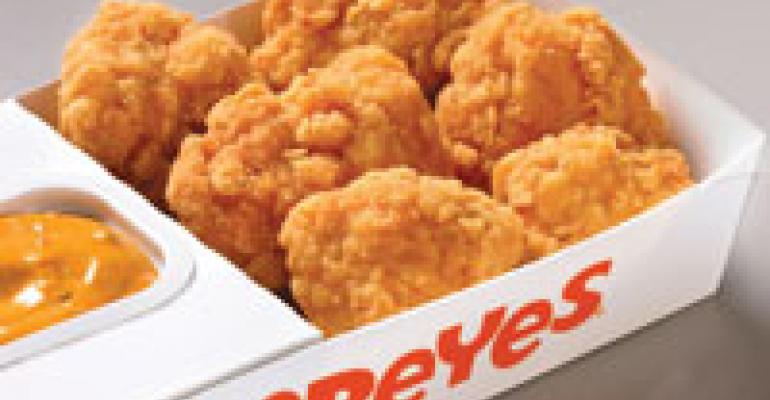 ATLANTA As a continuation of its brand overhaul, Popeyes Louisiana Kitchen has introduced portable packaging for two items and added a new chicken offering to its permanent menu.

The new item, Louisiana Travelers Nuggets, consists of all-white-meat chicken nuggets served mild or spicy in portable packaging with Popeyes' signature Delta Sauce. The chain is offering a six-piece serving of the new nuggets for $1.99 for a limited time. A nine-piece serving also is available.

Popeyes also said it would use the portable packaging for its Louisiana Tenders, which are mild, boneless chicken strips. The tenders are sold in three- and five-piece servings.

At the same time, Popeyes introduced three value-priced menu items at $1.49 each in a promotion called “The Big Deals," and officials said the chain would introduce several new products throughout the year.

Popeyes is a division of Atlanta-based AFC Enterprises Inc.