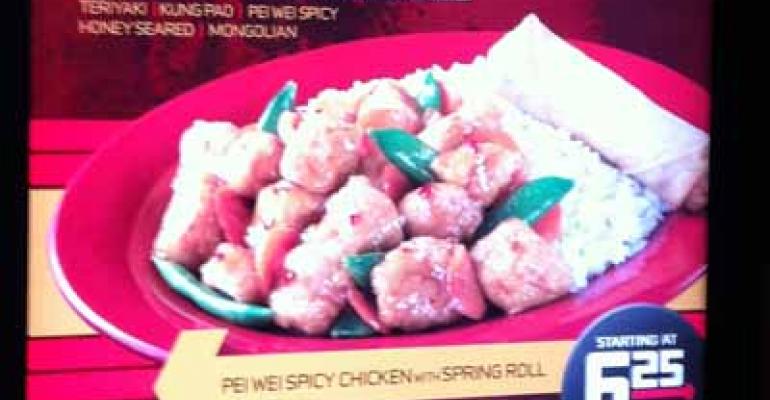 The new “Diner Selects” option lets customers choose from five popular Pei Wei meals, starting at $6.25 for a reduced-portion entrée and a choice of a spring roll, soup or Asian slaw as sides. Pricier proteins, such as beef or shrimp, cost more, as do substitutions such as fried rice for white or brown rice.

When earnings were released in July, Rick Federico, P.F. Chang’s chair and chief executive, told analysts that, “through enhanced consumer research and further internal analysis, we have gained more clarity into the issues and are taking immediate steps to improve our operating performance.”

Federico said company research indicated that the Pei Wei menu didn’t include enough items in the $3 to $6 range.

Federico said Chang’s culinary team is working on more dishes that would fall between $2.95 and $4.95, such as a lemongrass chicken noodle salad for $3.95. The chain also has had success with limited-time offers, such as caramel chicken, and would this fall offer Thai Basil Chicken as a limited-time offer, he said.