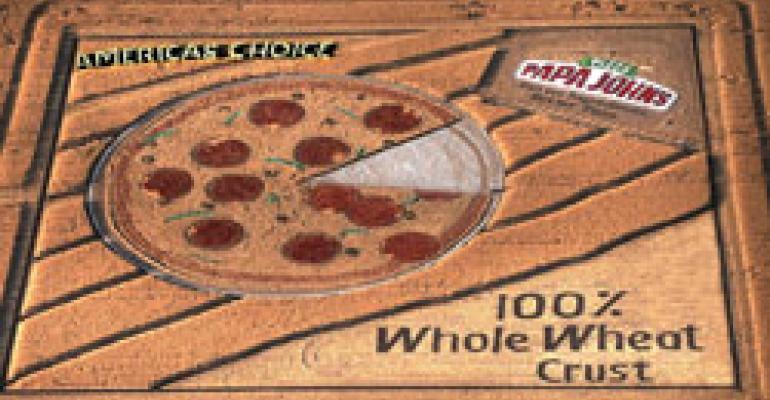 DENVER A crop circle has appeared in a wheat field outside of Denver, but there’s no mystery in how it came to be: Papa John’s created it to promote the chain’s new whole-wheat pizza crust.

The 6-acre crop circle is in the shape of a giant pepperoni pizza. "Earthworks artist" Stan Herd used red mulch to depict the pepperonis, corn stalks for green peppers, black mulch for black olives and harvested-wheat for the cheese. Papa John's logo and the words "America's choice" and "100% whole-wheat crust" are cut around the pizza.

The crop circle was made in a field in Commerce City, Colo., which is about 30 miles from Denver and a mile from the runways at Denver International Airport, making it visible to airline passengers bound for the Democratic National Convention Aug. 25-28.

The pizza crop circle took 600 work hours and slightly more than three weeks to create, according to Papa John’s.