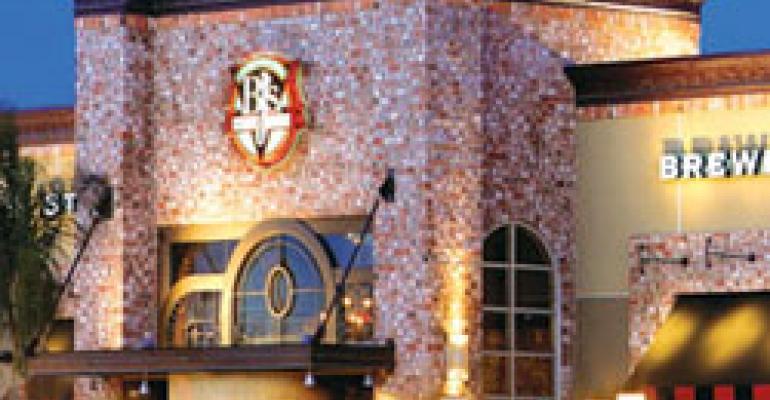 Maximizing the profit-and-loss statement has become a mantra for restaurant operators looking for ways to survive—and even thrive—during the current economic downturn.

In addition to the more visible strategies operators are using to drive their top lines, including discounted pricing, new menu offerings and extended hours, many have recently shared their more guarded practices for controlling labor, supply chain, and general and administrative costs.

Such efforts have become increasingly important as many outlooks for 2009 call for another year of negative or, at best, flat traffic results at various restaurant chains.

“You must look at your traditional P&L,” said Greg Levin, chief financial officer at BJ’s Restaurants Inc., during the Restaurant Finance & Development Conference held in Las Vegas last month. “You must look at what can be controlled.”

The Huntington Beach, Calif.-based company, which operates 80 namesake casual-dining restaurants, was able to cut the cost of sales by 1 percentage point, even with higher commodity, labor and occupancy expenses, by implementing a new food cost system that reduces waste and significantly cutting general and administrative expenses, Levin said.

BJ’s holds general management meetings to drive efficiencies and explore each line item of the P&L statement, especially the items that can be controlled, Levin said. He noted that the meetings, where operators share best practices, are especially valuable in this unprecedented environment of slowed consumer traffic and escalating operating costs.

Outback Steakhouse parent OSI Restaurant Partners LLC set last month a goal to cut at least $100 million for 2009, and through mid-November had already identified or implemented $70 million in savings.

“Due in part to the negative outlook on traffic in 2009, we’ve been working aggressively to identify and implement additional cost reductions in all areas of the business,” said Dirk Montgomery, the Tampa, Fla.-based company’s chief financial officer.

The company reported negative same-store sales at each brand for its most recent September-ended quarter, including drops of 7.9 percent at Outback, 5.7 percent at Carrabba’s Italian Grill and 10.2 percent at Bonefish Grill. The company’s other chains include Fleming’s Prime Steakhouse & Wine Bar, Roy’s, Cheeseburger in Paradise, Blue Coral Seafood & Spirits and Lee Roy Selmon’s, which OSI said it had agreed to sell to an entity led by Outback Steakhouse founders Bob Basham and Chris Sullivan. Terms of the deal, which was announced Nov. 24 and at press time was subject to a definitive purchase agreement, were not disclosed.

About 85 percent of OSI’s planned savings will come from food, labor and supply chain efficiencies, the company said last month during its quarterly conference call for bondholders, a transcript of which was obtained by Nation’s Restaurant News. Simply from sourcing changes that impact deliveries of such items as seafood and dairy products, OSI identified between $10 million and $15 million dollars in food cost savings. In addition, OSI has worked with its produce, distribution and meat-cutting partners to identify and achieve supply chain efficiencies in excess of $10 million.

OSI also is targeting labor costs, always one of the most expensive line items at restaurants, across all of its concepts, which together total more than 1,500 restaurants. Management planned to reduce labor by between 10 hours and 32 hours per week, mainly through the reduction of changed food preparation times and back-of-the-house labor practices.

OSI said that in some cases vendors would complete prep work or the specifications for delivered foods would change so that restaurants receive a more complete product.

OSI also said it has frozen corporate hiring and negotiated service fee rate reductions within insurance, information technology support and payroll processing, all of which will reduce corporate general and administrative expenses.

At The Cheesecake Factory Inc., cost reductions have been a key part of managing restaurant margins, especially as traffic continues to fall. For its latest September-ended quarter, same-store sales declined 4.7 percent.

From a cost perspective, the Calabasas Hills, Calif.-based company has focused on labor and utilities, said its vice president of strategic planning, Matthew Clark, who was speaking at the Morgan Stanley Global Consumer & Retail Conference last month.

By the end of the third quarter, The Cheesecake Factory completed the national implementation of a new kitchen management system that automates the cook line process. The tactic will result in annualized savings of $5 million from a reduction in labor costs, mainly through the modification of the expediter role, he said. The company will be able to book $2 million in costs savings in 2008 alone from the new technology.

A new energy management program test also has resulted in a 25-basis-point savings for the initial group of test restaurants. With the success, a national roll-out is expected, Clark said, and about 20 percent of the chain’s system currently uses the program.

“We are focused on driving sales,” Clark said, “but also actively improving our infrastructure without sacrificing guest quality or guest service.”