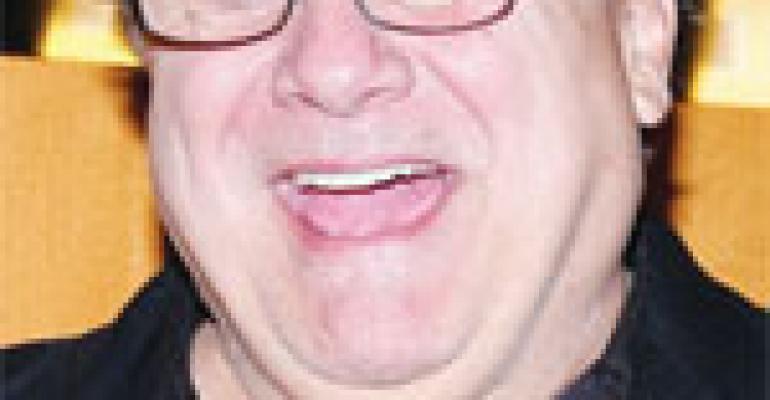 During the third season of the acclaimed HBO series “Curb Your Enthusiasm,” the show’s creator, Larry David, and real-life actors Ted Danson and Michael York were portrayed as they struggled to open a trendy, celebrity-owned eatery in Los Angeles.

Over the course of the season, the wannabe restaurateurs were called upon to deal with a strange array of challenges, such as a corpse-sniffing dog, a cook who lies about his baldness and an executive chef afflicted with Tourette’s Syndrome. On the restaurant’s opening night, the chef ends up triggering a obscenity-laced, communal free-for-all that, in real life, would have sent any self-respecting operator scrambling for good legal representation.

In real life, celebrity-backed restaurants rarely must endure the kind of bizarre events that plagued the “Curb Your Enthusiasm” crowd. Yet this past year certainly was fraught with its own share of high-profile scandals, meltdowns and controversies involving those in the spotlight. Celebrities Britney Spears, Lindsay Lohan and Michael Vick have all made headlines for things that had nothing to do with their respective professions.

And, curiously enough, several of them also have had interests in the restaurant business.

Spears, whose media exposure this year has focused, among other things, on her questionable parenting skills and high-profile divorce, closed her short-lived Southern eatery Nyla in New York in 2003.

Vick, recently sentenced to 23 months in prison for operating an illegal dog fighting business, was one of the investors for the East Point, Ga.-based wine restaurant, The Tasting Room. Wachovia Corp., claiming Vick and another investor defaulted on the restaurant’s $1.3 million loan, currently is suing him.

Rumors also have circulated that Lohan, whose year included of two stays in a rehabilitation center, is considering opening a restaurant in Los Angeles.

But even acknowledging the potential for an overheated celebrity scandal, most operators are not afraid to work with some of today’s hottest names.

Clearly, a big-name celebrity can be counted on to help attract business to a restaurant, particularly when it first opens and the operation is still “hot.”

On the other hand, operators say, customers often are not aware that a celebrity has invested in an establishment.

“Celebrities are associated with our restaurant, but only on an investor level,” says Lonnie Moore, co-founder of the Los Angeles-based Dolce Group. “Besides the crowd who reads ‘US Weekly’ or ‘In Style,’ our restaurants are frequented by foodie types and locals who don’t even know the celebrity involvement.”

Moore and his lifelong friend, Mike Malin, who gained stardom on the CBS reality show “Big Brother,” oversee The Dolce Group. In 2003, they opened Dolce Enoteca e Ristorante with a number of celebrity backers including “That 70s Show” alums Ashton Kutcher, Laura Prepon, Danny Masterson and Wilmer Valderrama. Chris Masterson of “Malcolm in the Middle,” Dulé Hill of “The West Wing,” and “Scream” veteran Jamie Kennedy also are investors.

The restaurant group also is the operator of Geisha House, a futuristic Japanese eatery with locations in Hollywood and Atlanta; Ketchup, an upscale American restaurant in West Hollywood; and Bella Cucina Italiana, located in Los Angeles.

Moore is so confident in his relationship with his celebrity investors that contracts are not needed to protect the restaurant if one of the A-list stars suddenly becomes embroiled in a scandal.

“The celebrities that are invested with The Dolce Group are our friends first, our investors second,” he says. “We are confident that the great reputation of each of our restaurants is strong and will remain that way despite the possibility of any personal scandals or controversies of any of our investors being presented.”

Other investment groups, however, do choose to protect themselves from the possibility of a celebrity scandal. Bob McCarthy, vice president of concept development of Celebrity Ventures Inc., says contracts usually are drawn up enabling a restaurant to sever ties with a celebrity in case a situation proves too embarrassing or harmful.

Other sports celebrities who have invested in or run successful restaurant operations themselves include Michael Jordan, Earvin “Magic” Johnson and Randy White.

A sports star’s reasons for opening a celebrity eatery might vary from athlete to athlete, but it seems that many do want to give back to the fans who have supported them over their careers, McCarthy says.

Other stars view the restaurant as a chance to work with urban areas struck by economic hardship. Former basketball star Johnson is the chief executive of Johnson Development Corp., which opens food and entertainment venues—including such brands as T.G.I. Friday’s, Starbucks and AMC Theatres—in underserved communities. In 2006, he also linked with on-site company Sodexho USA in Gaithersburg, Md., in a joint venture called SodexhoMagic. The company seeks to open cafeterias in schools, sports arenas and health facilities branded with the star’s name.

But other stars simply might be looking for a place to relax with friends on a Friday night.

“It’s a place to enjoy beyond being just a financial investment,” says Lee Maen, partner of the multiconcept operator Innovative Dining Group. The group, based in Los Angeles, has celebrity backers including “American Idol” host Ryan Seacrest, “Rush Hour” director Brett Ratner and television stars Rob Lowe and Tori Spelling. The company is the owner of four Sushi Roku restaurants, three BOA steakhouses, and Katana, a robata and sushi bar.

Tom Prakas, president and broker of the Boca Raton, Fla.-based Prakas Group, views the celebrity-restaurant industry connection as a “natural progression”—a way for a famous person to remain in the spotlight as his or her career begins to wind down. In 2007, Prakas completed a deal with actor Danny DeVito when they opened the Italian steakhouse DeVito South Beach in Miami Beach, Fla.

Other celebrities, he adds, always have been interested in the business.

“I think it’s because it’s been something that they always wanted to do, and now that they are winding down, it has become more important,” Prakas says.

Celebrities, however, are not just drawn to swanky, upscale eateries. Many have found success in the fast-casual market. Stars like actress-rapper Queen Latifah, rapper Kanye West, and former football stars Chester McGlockton and Willie Anderson, all have signed on as franchisees at Fatburger, the 55-year-old hamburger chain.

Latifah, who has a five-store deal in the Miami market, was scheduled to debut her first unit in South Beach on Jan. 21, with another opening in Coral Gables the following month.

Orlando Brown, former offensive tackle for the Baltimore Ravens, who plans to open 10 units in the Washington, D.C., area over the next 10 years, views this venture as being not just an investment, but an inspiration to his children as well. He has said, according to Weiderhorn, that he wants his son to see him go to work every day.