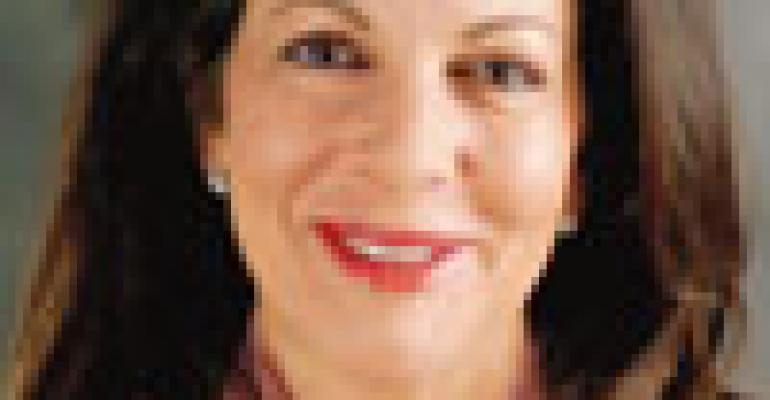 The NRN 50: Let them eat pancakes

There are a lot of ways to describe a 50-year tenure in the industry. For IHOP, the journey can be best measured in the growth from one location to 1,344 units, and annual servings of more than 700 million pancakes, 1.5 million gallons of syrup and 100 million cups of coffee. Company officials also like to add to those figures more than 100 million smiles from satisfied guests.

Founded in 1958, IHOP, or International House of Pancakes, the family-dining pancake specialist, has survived it all, from fierce competition from all restaurant segments to changing consumer demographics that pundits said would threaten the sit-down breakfast.

Yet the brand persevered. It has changed its menu, evolved its advertising and halted, then reverted back to, its traditional A-frame building structure. It has introduced the Rooty Tooty Fresh ’n Fruity breakfast and Stuffed French Toast and has focused on franchising for almost its entire history.

Both company officials and observers alike say IHOP survived those tests, and the test of time, mainly by staying true to its own heritage.

“The brand is a classic brand, classic,” says Robert Passikoff, founder of Brand Keys, a New York-based consulting firm. “They do one thing, they do it well and they never falter. You can’t get what you get at an IHOP anywhere else, so if that’s what you want, that’s where you’re going.”

“IHOP has the service down pat. You never wait, you get your coffee, you order, you eat, and all that is critical,” he says. “Plus, the elements are just fun. It’s a bit unarticulated, but IHOP has that fun factor.”

An example of that “fun factor” was IHOP’s Stuffed Crepes limited-time offer, first introduced in 2004. The product took the chain’s existing crepes, which are normally served sweet, and filled them with scrambled eggs, cheese and breakfast meats for a savory twist on a favorite IHOP item. It was an instant hit according to all accounts, as it was successful with customers and easily and consistently executed among franchisees. The Stuffed Crepes won a Nation’s Restaurant News MenuMasters award in their year of introduction.

At the time, longtime IHOP franchisee Joe Katin, whose 35 IHOP restaurants and future development rights were purchased by a private-equity firm in 2004, described the offering as “the most unbelievable promotion I’ve ever seen in the IHOP system; it was extremely successful.” He had been with the chain for more than 39 years.

The indulgence of a Stuffed Crepe, or any other offering at IHOP, is the chain’s signature, company officials say, and it is that signature that helped the chain succeed even when giants like McDonald’s and Burger King were beginning to offer breakfast items through their quick and convenient drive-thrus. The emergence of hearty breakfast menu items at quick-service establishments dealt a blow to family-dining, which also offered hearty breakfast meals for low prices, but without the convenience. As consumers became more time-pressed, pundits predicted an end to the sit-down breakfast. IHOP did not falter, company executives explained.

“We were true to who we were,” says Carolyn O’Keefe, senior vice president of marketing at IHOP. “Fast breakfasts and slow breakfasts offer different experiences. The IHOP brand stays relevant because we are an everyday indulgence. It is not indulgent to go to the drive-thru.”

While IHOP the brand has always focused on delivering one thing to the consumer and delivering it well—indulgent meals at value-driven prices—it hasn’t ignored the changing times, both as a business and as a brand.

In 2003, IHOP Corp., the franchisor based in Glendale, Calif., abandoned its longtime turnkey financing for franchisees and embraced a traditional franchise development model. In 2005, the company initiated its first systemwide menu revamp since its founding by Al Lapin in Toluca Lake, Calif. It boasted more than 100 changes, including updated recipes for several IHOP signature dishes, spicier French fries and hash browns, and a new menu layout for easier reading. It also introduced new menu items like a Caesar salad with popcorn shrimp, grilled cod with hollandaise sauce, and a sirloin steak with melted provolone cheese, grilled onions and mushrooms.

In 2006 the company developed a new prototype that harkened back to the brand’s traditional A-frame building first discontinued in 1979.The retro style was first adopted by units in Cincinnati and currently is used for newly constructed IHOP restaurants nationwide. The design, with its steeply slanting roof lines, is immediately recognizable to customers new and old, according to Barb Churchill, a founder and partner with Bath, Ohio-based Louis & Partners Design, a design firm that works with IHOP.

Today, IHOP generates system sales of more than $2 billion. After first going public in 1961, acquiring numerous brands, like Orange Julius, The Original House of Pies and Golden Cup Coffee Shops, to name a few, the company pared down its brands, went private in a management-led buyout, and in 1991 began trading on the Nasdaq exchange.

IHOP currently trades on the New York Stock Exchange and is led by chairman and chief executive Julia Stewart. Late last year it closed on one of the largest acquisitions of 2007, a $2.1 billion buyout of Applebee’s International Inc., the parent to the Applebee’s casual-dining brand. It was a move Stewart orchestrated, and it created a merged company that boasts more than 3,250 restaurants and systemwide sales from its chains of about $6.8 billion.

When the deal was finalized, Stewart said IHOP looked forward to “applying the same focus and discipline to Applebee’s that we have employed at IHOP over the last several years.”

“We have successfully restructured our own company, and in the process, re-energized our brand, improved our operational performance and maximized the development of franchise restaurants,” Stewart says.

Echoing Stewart’s excitement for the future, marketing executive O’Keefe says IHOP is “truly creating the next generation of IHOP lovers, new history is being created every day.”

To succeed another 50 years, IHOP is focusing on what it always does, O’Keefe adds, its customers and its franchisees.

“One of the key founding principles for IHOP was franchising,” O’Keefe says. “It’s about warm, genuine, hard-working people, building a livelihood and delighting folks in community.

“Secondly, IHOP is about being simple, honest and easy to understand, those are some of the founding principles. It needs to be simple. People don’t want to make big decisions here.”