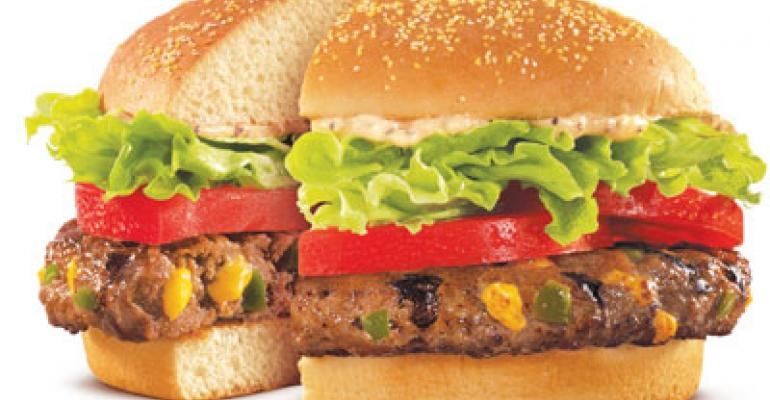 Restaurant chains turn up the temperature on menu items

Just a decade ago, items like Burger King’s Jalapeño & Cheddar Stuffed Steakhouse Burger, Chick-fil-A’s spicy chicken or the Wicked Chicken at Popeyes Louisiana Kitchen likely never would have made it out of test.

Back then the culinary research and development teams would test their ideas in focus groups, and the consensus-building food that made it out led to an abundance of spinach-artichoke dip and cheese fries — and a pervasive sameness in restaurants across the country.

As sales started to fall, particularly in the casual-dining segment, restaurateurs came to realize that food that found favor with everyone was generally loved by no one.

“Craveable” items became the new holy grail — “polarizing” food that some people would shun, but that would convert other casual restaurant goers to avid devotees — and R&D teams turned to chile peppers and other spicy ingredients to stand out.

Among the chains to turn up the heat in recent months are:

Chili’s Grill & Bar, which this month introduced a “Wild or Mild” limited-time offer, the “wild” side of which included Kicked-Up Queso, the chain’s skillet queso dip spiked with chipotle spice, pico de gallo and roasted jalapeños, as well as Blazin’ Big Mouth Bites, or peppercorn-crusted mini burgers with jalapeños and spicy mayonnaise.

They join Wendy’s, KFC, Popeyes, Johnny Rockets and many others that have highlighted hotter items on their menus. In fact, the term “spicy” appears on nearly two-thirds of all menus in the country, according to research firm Datassential.

The menu research firm also reports that at the largest 200 chains, the frequency with which the term “spicy” is used in new menu items and limited-time offerings has surged — by 28 percent in 2008, 14 percent in 2009 and a whopping 62 percent in 2010.
The rise in popularity of spicy foods also dovetails with an increasing interest in ethnic cuisines. Technomic Inc. noted in a recent report that restaurants featuring Mexican cuisine — the “ethnic” cuisine most associated with spicy food in the United States — enjoyed sales growth even in 2009.

The U.S. Department of Agriculture, reporting on the rising consumption of spices in the country, observed that the trend reflected census projections that, by 2030, 20 percent of the population would be Hispanic and 6.2 percent would be Asian.