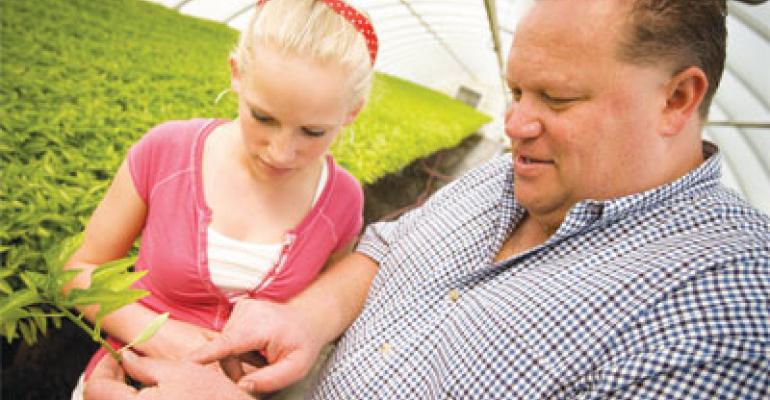 Consumers’ interest in local sourcing continues to grow, and more restaurants are forging connections with farmers and promoting local items, even as they grapple with the challenges.

Operational and logistical challenges, short growing seasons in colder climates, food handling safety, supply issues and higher food costs are among the obstacles that keep many restaurants from implementing local food sourcing on a large scale. Still, the concept has gained favor among consumers, leading many operators to find a way to cash in on local sourcing’s positive image.

“Locally grown has become more attached to [the notions of being] fresh, better for you and helping the community,” said Darren Tristano, executive vice president of Technomic Inc., a market research firm in Chicago.

As consumers have embraced the idea of local sourcing, restaurants have responded.
Use of the term “local” on menus increased 15 percent from the second quarter of 2009 to the second quarter of 2010, and the number is expected to continue to grow, according to a recent report by Mintel. Likewise, in a recent National Restaurant Association survey of chefs, local sourcing was cited as the top trend for 2011, ranked No. 1 by 86 percent of respondents.

Operators on the West Coast and in warmer climates have found it easy and relatively cost-effective to go local given their year-round growing seasons, wide variety of available produce and competitive supplier marketplaces.

Operators in other parts of the country, where the growing season is shorter and less hospitable to certain crops, however, have found that they can only offer locally sourced ingredients in season. Others have “localized” their menus by featuring local beers and wines, or seafood if a supplier is nearby.

Despite the hurdles, several regional chains have incorporated local products. Eat’n Park, a full-service chain with 75 restaurants in Pennsylvania, West Virginia and Ohio, features locally sourced produce and fruit on a seasonal basis. The chain lists its farm partners and the fresh produce it uses weekly on its company blog.

Vancouver, Wash.-based Burgerville, with 39 locations in Washington and Oregon, uses local fruit in season in its milkshakes, buys its meat from Country Natural Beef in Oregon, buys its Walla Walla sweet onions from Keystone Fruit, and also lists its seasonal and year-round farm partners on its website.

The larger the chain, the harder it is to source local ingredients due to the huge volumes and partners needed. Chipotle Mexican Grill, with 1,000 units, however, is the exception and has emerged as a leader in local sourcing. But even it struggles and has to offer local items seasonally.

“We serve three-quarters of a million people a day, and when you’re dealing with smaller or local farms, it takes a great many of them to be able to supply what even approximates what we need,” said Chris Arnold, Chipotle’s communications director.

“We have high food costs as a percentage of revenue … but our unit economics model lets us spend more on food,” Arnold said. Lower transportation costs offset some of the higher costs, he said.

In 2010, Chipotle bought 75 million pounds of naturally raised meat, a figure that’s hard to sustain as the chain grows.

Even chains that manage to sort out operational headaches won’t be able to get away with high prices. According to a Mintel report, only 28 percent of consumers indicated they would pay more for items that were sourced locally.