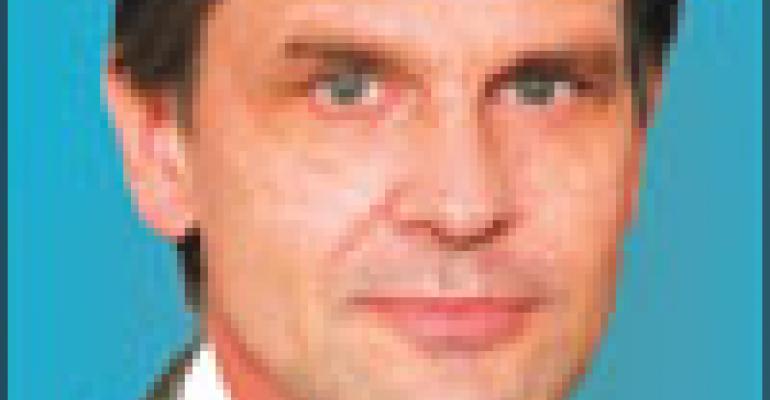 No guarantee in sight, but new Domino’s campaign returns the chain to the days of 30-minute delivery

If you can’t remember who Bad Andy was, you’re probably the type of person who can’t recall The Mad Dr. Cravin.

Perhaps you remember the Noid. If not, you can easily find the Noid—seemingly a cult classic—on numerous websites.

All three are characters that have appeared in commercials for Domino’s Pizza, the Ann Arbor, Mich.-based chain that built its reputation on quick delivery. The Mad Dr. Cravin tried to hijack Domino’s pizza deliveries. Bad Andy went a step further and tried the stop Domino’s employees from making pizzas in the first place.

Both of those characters appeared in spots a few years after the Noid did his darndest to wreak havoc with Domino’s pizza deliveries. The commercials urged viewers to “avoid the Noid,” a somewhat catchy slogan that never achieved the popularity of Wendy’s “Where’s the Beef?”

Quick delivery set Domino’s apart from Pizza Hut and Little Caesars, its main competitors, and Domino’s was so confident in its ability to deliver piping-hot pizza that beginning in the mid-1980s it began to guarantee 30-minute delivery.

That guarantee came to a screeching halt in 1993, when Domino’s had to pay a $79 million judgment to a woman who was injured after her car was hit by a Domino’s driver.

Just like that, the chain had to bid farewell to its major brand asset.

The commercials with Bad Andy and Dr. Cravin were flops. They tried to position Domino’s as the leader in delivery, but without that 30-minute guarantee the campaigns lacked persuasive power, and they weren’t all that funny, either.

Now Domino’s is back with its 30-minute delivery message, but this time there’s no guarantee. That makes sense. Why put yourself in a shaky legal position again?

The spots in the new “You Got 30 Minutes” campaign, created by Crispin Porter + Bogusky of Miami, hint strongly that Domino’s will deliver a pizza in 30 minutes and focus on the activities customers can enjoy while waiting for the delivery guy to show up.

In one spot a young guy stands in a bedroom doorway and tells his wife—girlfriend?—that “the Domino’s lady just told me we had 30 minutes.” The camera then shows him in a short, sexy robe. “You thinkin’ what I’m thinkin’?” he says.

The woman smiles and says, “What are we gonna do with the other 28 minutes?”

Another spot shows two young guys having a flashback about what they did during their 30 minutes—exercising, jumping over exploding firecrackers, knocking down beer cans—and noting how quickly the time flew by. The Domino’s deliveryman, standing in the doorway while the guys are lost in their reveries, offers to drive around the block if they need more time.

Each spot ends with the “You Got 30 Minutes” tag, which also appears on pizza boxes.

The spots are part of what Domino’s executives call “a full-scale rebranding campaign,” an attempt to get consumers to think once again of Domino’s as the pizza chain with the quickest delivery and to leverage that feeling to increase sales.

The strategy returns Domino’s to its brand heritage, which the chain sadly abandoned at about the start of this century. At that point, the company’s marketing focused on discounts and new products, mimicking competitors and doing nothing to break out of the pack.

The current spots refocus on what Domino’s stands for as a brand. They make the point about quick delivery in a humorous way, though the humor is not the typical over-the-top style for which Crispin Porter + Bogusky is noted.

To the agency’s credit, however, it avoided introducing us to the successors of Bad Andy and Dr. Cravin.