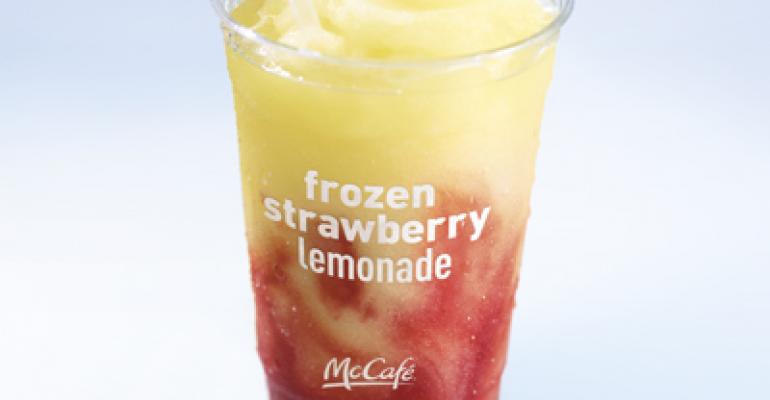 Taco Bell has big ambitions for its menu next year, fueled in part by its plan to “reinvent the taco” and extend its breakfast platform to additional markets in the West.

By contrast, McDonald’s is expected to take an incremental approach in 2012, bolstering its many platforms like McCafé beverages or Angus Third Pounders with new flavors while deploying limited-time offers.

While many might see the two brands’ menu moves as widely differing approaches to growth, analysts say the two strategies are not as far apart as they sound.

“There is no successful chain in this industry that isn’t focused on both incremental and dramatic growth,” said Gary Stibel, founder and chief executive of the New England Consulting Group, which has consulted with Taco Bell and McDonald’s in the past.

During parent Yum! Brands’ third-quarter conference call, chief executive David Novak said the Louisville, Ky.-based company was unhappy with Taco Bell’s same-store sales performance in 2011 and that dramatic menu innovation was required to reverse the declines. Same-store sales fell 2 percent in the third quarter, following a decline of 5 percent in the second quarter and a flat result for the first quarter.

But Novak said that next year, the brand’s 50th anniversary, would see the “breakthrough” reinvention of the taco, toward the end of the first quarter.

Novak gave no indication whether the new taco would be a more premium product developed to compete with fast-casual chains like Chipotle or something more value-focused to shore up Taco Bell’s positioning in quick-service Mexican sector. Most of this year’s marketing at Taco Bell focused on value promotions and product reintroductions.

Coming off a more successful year, McDonald’s spent 2011 making additions and refinements to platforms introduced over the past few years, such as rolling out a barbecue bacon flavor to its Angus Third Pounder line and adding Frozen Strawberry Lemonade and the Mango Pineapple Real Fruit Smoothie to McCafé. Sales of that premium-beverage line rose 16 percent in McDonald’s most recent third quarter, compared with a year earlier. Domestic same-store sales rose.

That incremental approach is expected to continue next year, officials said during the third-quarter earnings call.

“We’re at a 4-percent comp through the first nine months with a combination of line extensions and limited-time offerings, from the introduction of oatmeal to the BBQ Bacon flavor of Angus [Third Pounders] or the Asian Salad [limited-time offer] and new beverages,” said chief financial officer Pete Bensen. “As we review the 2012 calendar for the U.S., it feels like a similar year in 2011.”

Bonnie Riggs, restaurant industry analyst for The NPD Group, said that while McDonald’s plans to spend 2012 improving and extending its many product platforms might not sound overly ambitious, the Oak Brook, Ill.-based chain already has successfully reinvented itself.

“Right now, McDonald’s has kind of hit it all,” Riggs said, citing new product sales victories forged with Snack Wraps, McCafé, Angus Third Pounders, and breakfast introductions like oatmeal. “They probably don’t have to do a lot with new products to drive more traffic.”

On the other hand, Taco Bell is still recovering from negative publicity generated by this year’s consumer lawsuit assailing the content of the chain’s seasoned beef. As a result, Taco Bell is at a point where it needs more than incremental moves, Riggs said.

“Taco Bell hasn’t been as active in the new-product area,” she said. “They’ve had their challenges especially because they’re heavily dependent on the 18- to 34-year-old consumer, who has really cut back on restaurant visits. To introduce something different could generate excitement and trial.”

And while some observers indicate that there is a certain amount of urgency involved in Taco Bell’s rolling out a new product, New England Consulting Group’s Stibel said the brand is not taking a risk by waiting until the end of the 2012’s first quarter to launch a product on which much of its turnaround hopes are pinned.

“In the restaurant business, nothing happens overnight,” Stibel said. “You’ve got issues with supply chain, training and marketing. Taco Bell is just saying they didn’t have this big idea six months ago, so it’s not going in the fourth quarter [of 2011]. But Taco Bell won’t disappear in the next two months and will continue to have traffic. The bigger risk is to not have anything in the pipeline.”