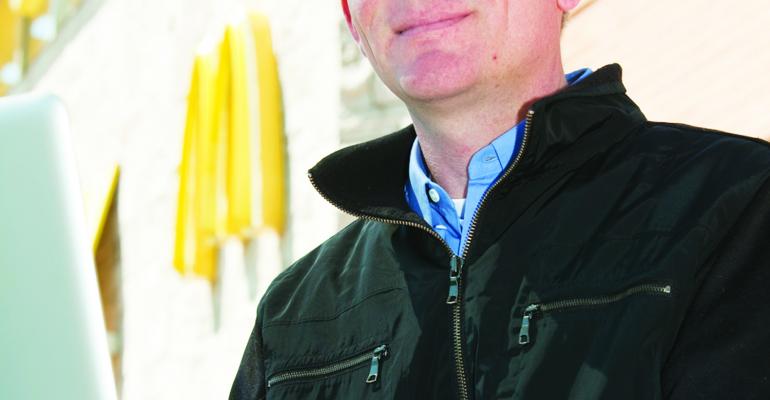 Seven or eight years ago, even the restaurant industry’s most prescient thinkers and executives couldn’t have envisioned one of McDonald’s latest personnel moves — the hiring in mid-April of Rick Wion as director of social media.

After their launch, though, businesses quickly began studying how to co-opt emerging new-media platforms that were moving from college dorm rooms — where they’d been invented and adopted — to the forefront of the marketplace.

It was only last year when Pizza Hut made news for employing a young “Twintern” to oversee its online profiles. Today, restaurants are hiring people more for social-media proficiency — a trend that has begun to reach upper management.

Now, as Twitter’s microblogging and Foursquare’s location-based models further segment and augment social media, Wion has emerged as one of the industry’s first executives charged with understanding all current and up-and-coming platforms and keeping a large restaurant company’s brand coherent across them.

Joining Oak Brook, Ill.-based McDonald’s from GolinHarris Communications, Wion looks to balance not only social media’s capabilities for customer service, consumer research and branding, but also the dynamics between the national brand message and all the local and regional profiles of its 14,000-plus restaurants in the United States.

Nobody could have imagined your job before about six years ago. So what path did you take to become social-media director of the world’s biggest restaurant company?

I had worked on the agency side at GolinHarris since 2006, and McDonald’s was my main client. But my longer-term background is from the journalism side, and I’ve alternated between journalism, graphic design and Web management. It’s culminated in playing different roles at the various jobs I’ve held, and they each had skills that I can bring to my job today.

It’s all exciting and quite fun. I’m part of our Twitter team, for instance, and today I’m the guy reading a couple thousand tweets by us or about us. It’s fun when so many people talk about their experiences at McDonald’s.

What do you think the foodservice industry does particularly well with social media?

Across the board there are lots of organizations, from the larger QSRs to the smaller chains and independents, doing great things. I think creativity and engagement are the two universal things I could point to. Whether it’s a bar on the corner or McDonald’s, companies will do interesting things to engage consumers in a new way, which leads people to relook at certain restaurants.

What role do you want social media to play in McDonald’s big systemwide initiatives, such as the push to reimage about 500 restaurants this year?

It’s an interesting question: How do we use online tools to help people enhance the experience in the restaurants? Right now, there are our national Twitter and Facebook pages, but several of our regions are setting up profiles like those of their own. So we can talk about reimaging at the national level, but it’s at the local level where we could go in-depth.

Now that we offer free Wi-Fi in our restaurants, that’s another piece we could use in our messaging to drive people to the restaurants, having the local presence say, “There’s a McDonald’s remodeled with the new design, and it’s got free Wi-Fi — come check it out.” Some of our messages are national in scope, like the reimaging. But the message really counts locally.

Do any of social media’s most common uses in our industry — customer service, branding or consumer research — stand out as most important to you?

It’s a combination of all of them, at least in our case. In the day-to-day running of a restaurant, that’s going to change based on what the priority is that day. Sometimes I’m focused on one aspect more than all three.

Do you have one overarching social-media strategy, or do you tweak it for all the little audience segments out there, like “mommy bloggers” or “frugalistas”?

It’s one overarching strategy, really. We have a couple niche audiences, but our customers really are everybody. But given the opportunity to engage with tech-savvy moms or whoever, we’ll build it into our overall strategy.

McDonald’s has been linked in media speculation to Facebook’s upcoming location-based platform. How important will applications such as that or Foursquare and Gowalla be for restaurants’ success in using social media?

I do think location-based social media hold a lot of promise for the industry because those tools are a way to engage with the consumers using social media right there in the restaurant. It falls under our mobile strategy. There are lots of opportunities with mobile marketing, and we’re looking toward that as a big part of our future.