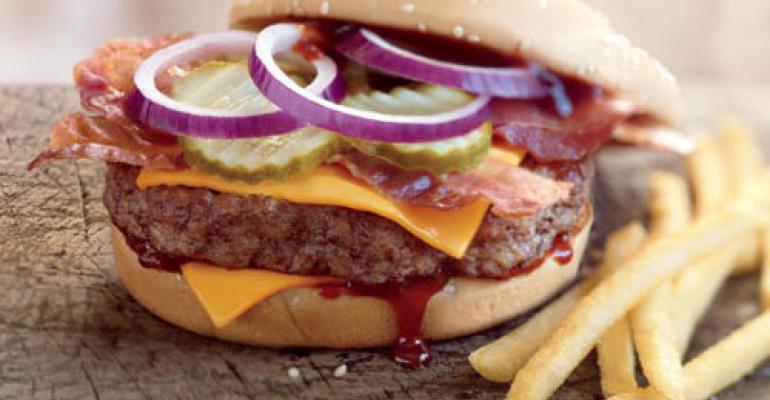 McDonald’s has added a Chipotle BBQ Bacon Angus burger to its line of premium Angus burgers for a limited time.

The new burger includes a one-third-pound burger topped with bacon, cheese, onions, pickles and a spicy barbecue sauce. The LTO is priced at $3.99 and is available through March 31.

Last month, Burger King introduced its first stuffed hamburger, the BK Stuffed Steakhouse Burger, which is filled with bits of jalapeño pepper and cheddar cheese. The new burger, priced at a recommended $3.99, is topped with a creamy poblano sauce, tomatoes and lettuce and served on a premium bun. The LTO was available at participating restaurants nationwide through the middle of February.