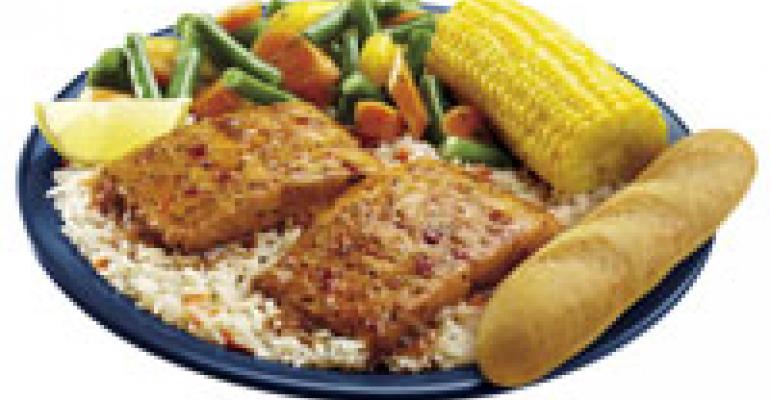 LOUISVILLE Ky. Long John Silver's said Monday that it has rolled out its Freshside Grille menu, which boasts entrees and sides that contain no more than 10 grams of fat each.

Officials from parent company Yum! Brands Inc. revealed plans for the menu earlier this month, calling it one of several "better-for-you" initiatives that the company is pursuing at its various chains.

The Freshside Grille entrees are served with the seasoned rice and a breadstick for $4.99 each. Full meals, $6.99, include the vegetable medley and corn on the cob. Prices vary by location.

Yum's other health-focused moves include Taco Bell's Fresco Menu of nine items with 9 grams of fat or less and Pizza Hut's Fit ÕN Delicious lower-fat pizza and The Natural, a pizza made with a multigrain crust and all-natural toppings. In addition, the company said KFC would launch Kentucky Grilled Chicken next year.

Yum, also the parent of the A&W All American chain, operates or franchises more than 35,000 restaurants worldwide.