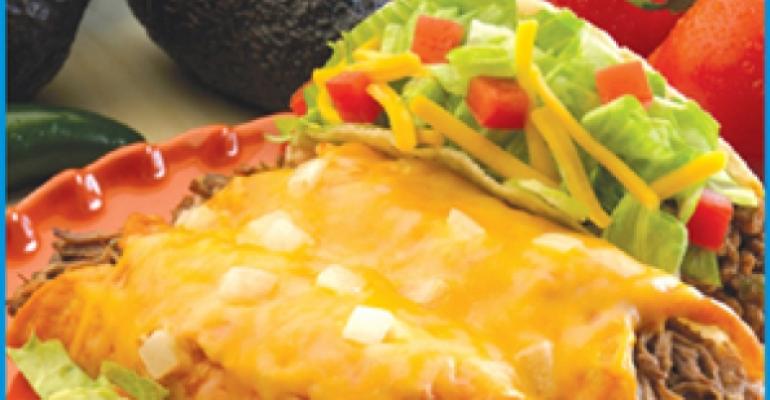 The promotion started as a limited-time offer, but it changed how business is done at the 478-unit Golden Corral buffet restaurant chain. Advertised from January through July last year, the “Everyone Deserves a Good Meal, Every Day” program gave diners a different reason to head to Golden Corral each night, all week long.

“You could literally come to Golden Corral and have a different dining experience seven days a week,” says Beverly Lynch, vice president of food and beverage for privately owned Golden Corral Corp., which is based in Raleigh, N.C.

The promotion brought in new customers and attracted existing guests more often, she says. In fact, she credits the promotion with double-digit sales growth without having a negative impact on food costs.

Golden Corral reported $1.53 billion in systemwide revenues for 2006, up more than 10 percent from 2005. The company declined to break down per-store numbers.

“Golden Corral had a very good year last year, and this was a big part of it,” Lynch says. Golden Corral is now centering its business model on similar theme promotions to continue the momentum.

The chain currently is promoting its “Applewood Grill,” a nightly offering of steak, pork, chicken and salmon that are each grilled with applewood bacon. While Golden Corral may not have invented promotions of this nature, no competitor had yet introduced a daily theme menu “so explicitly and with such consistency,” says Malcolm Knapp, president of Malcolm M. Knapp Inc., a New York-based foodservice consulting firm.

“They are leading the category because they always look ahead to innovation,” Knapp says. “They have pioneered most of the innovations in the business. They were the first, for example, to have a bakery inside. That was a major step forward as opposed to a microwave that warms stuff up.”

Lynch says the promotion and its daily food themes came about gradually. The chain started its Wednesday steak night about five years ago. That was successful in introducing the idea that, though a buffet attracts diners simply because it is a buffet, a day can be given its own theme. Later, the company added the Friday fish night, and so on.

The company spent several months developing and testing the back-of-the-house procedures for the promotion before rolling it out. Golden Corral prides itself on cutting its meats, baking its desserts from scratch, and preparing its fruits and vegetables—and much of its other prep work—on site at each restaurant. So seven nights of new menus meant working out a lot of kinks, says Debra Olson, the company’s senior manager of recipe development.

Olson, who has been with Golden Corral for a decade, has worked in menu development at two other restaurant chains. She says there are some notable operational factors at Golden Corral that differentiate her current job from those she has had before.

“Not many chains in the industry can say they have meat rooms where they cut their own sirloin, prepare their own chicken and pork in the back-of-the-house,” she says. “So that gives us not only freshness in our product, but it gives us versatility in what we can do. From that perspective it’s a very different way of thinking.”

Some back-of-the-house reconfiguring was done for the program, including such new equipment as a station for battering the tilapia served on Fridays.

Lynch says the costs of new items for the program were, as always, thoroughly evaluated. A prospective new menu item goes from the company test kitchen to a product development group made up of franchisees and store operators for cost evaluation.

One item that underwent close scrutiny for the promotion was the steak offered for fajitas on Wednesday’s Mexican foods buffet.

There was concern that steak would run costs up, and a cheaper cut of meat was considered. But as it turned out, about half of those who ate fajitas chose the less-expensive chicken rather than steak. So in the end the steak was cost-effective.

While Golden Corral continues to introduce new promotions, the chain’s open secret is that the “Everyone Deserves a Good Meal, Every Day” promotion never went away. There is no advertising for it, but diners can still come any Monday for Shrimp Night and have five kinds of the shellfish, or they can bring the kids on Tuesdays for Family Night and eat all manner of kid favorites, like pizza, hot dogs, steakburgers and chicken tenders. The chain offers its Sunday promotion, Carver’s Table Night, as well.

“We don’t advertise it anymore, but we keep it going,” says Bob McDevitt, senior vice president of franchising. “So many customers kept asking for it that we couldn’t stop it.”