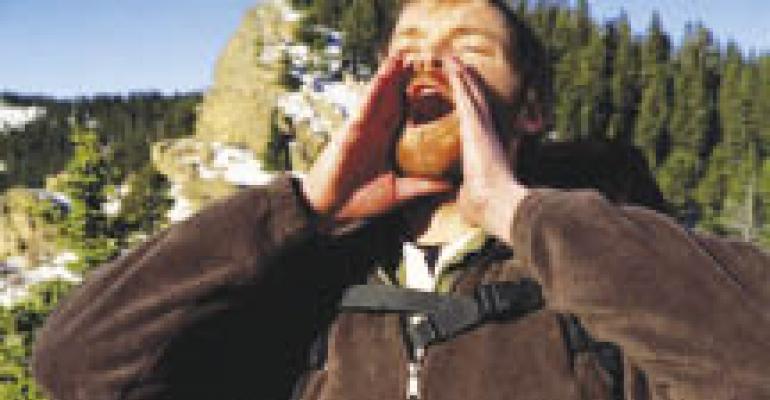 Jingle all the way

﻿Eat your heart out, Pavlov.

The pioneer of the conditioned response would be impressed with the success of Red Robin Gourmet Burgers’ ongoing advertising campaign built around the chain’s “Red Robin … Yummm” tag, which just completed its third run last month and has more media buys in its future.

“We’ve been really pleased with this campaign, and the intention was to drive increased traffic and keep Red Robin top of mind,” Lintonsmith said. “We’ve seen positive online chatter from our YouTube channel and good feedback on Facebook and Twitter as well, and it’s getting our team members excited.”

Red Robin’s commercials, created by its Minneapolis-based agency of record Periscope, employ the call and response of the chain’s “Red Robin … Yummm” jingle, which the brand has used for years. In one 30-second spot for the summer campaign, two obnoxious tourists are unable to elicit a response from a Buckingham Palace guard until they sing, “Red Robin,” to which he replies, “Yummm.” In the other, a little girl wins a backyard game of hide and seek when her friends pop out of their hiding places to sing, “Yummm,” after she lets loose the name of the casual-dining chain.

The spots then asked customers to “answer the call” and try one of two $6.99 summertime LTOs: the Big Melt Bacon Burger and the Honey Mustard Chicken Sandwich.

Aside from tracking sales of the LTOs and traffic, Red Robin watched its “unaided awareness” during the ad campaigns. In its April 18-ended first quarter, that metric rose by 5 percentage points, Lintonsmith said.

A third-party research firm, Radius, measures unaided awareness by surveying consumers about which brands come to mind when a questioner mentions burgers or casual dining, and those values were especially strong during the commercials’ eight-week run, Lintonsmith said.

One reason why Red Robin’s jingle sticks in consumers’ heads is because there are countless ways the chain can execute the call and response, said Charlie Callahan, vice president and executive creative director of Periscope. The light-hearted spots have situations that are either believable, as in the hide and seek game gone awry, or bizarre, like the back and forth between a mountain climber and the elusive Yeti.

“We wanted to show people reacting in various stages of their lives and different kinds of groups answering the call,” Callahan said. “There’s a wide palette to work with, and we’ve just scratched the surface.”

There also are many ways to package and broadcast the same creative, Callahan said. Red Robin not only replayed the commercials on its YouTube channel, but it also developed longer online commercials for video sites like Hulu. It even had an online game, “Yummm Builder,” in which customers could download a “Yummm” ring tone for their phones for a high score.

“When you go into a studio to edit a commercial, you wish you had 40 seconds, and if it’s a 15-second spot, you wish you had 30,” Callahan said. “It’s nice on the Web to let the story unfold without time constraints. The Web lets you put the fun stuff in there that’s entertaining. There’s plenty of time for everything.”

“Anecdotally, when you talk to guests in the restaurants or tell neighbors that you work for Red Robin, they all say, ‘Yummm,’ so it’s a powerful mnemonic,” Lintonsmith said. “We’re going to build on this campaign and make it an even bigger part, from in-restaurant activation to local-restaurant marketing.”

The three runs of “Yummm” commercials, from a limited test in late 2009 and two eight-week campaigns this year, were built upon LTOs. But Red Robin may prime the tag for some more general branding.

“This is year one, and we’re continuing to evolve for years two and three,” Lintonsmith said. “Currently, the strategy is for product news and driving traffic for price points, but it could be used to promote our other, stronger brand equities.”

Periscope executive Callahan agrees that the “Yummm” campaign “has a lot of legs.”

“Campaigns for a lot of brands come and go quickly, but we’re excited about this being able to build upon itself and sustain itself,” he said. “There’s a lot of longevity for the future, and we’re fired up.”