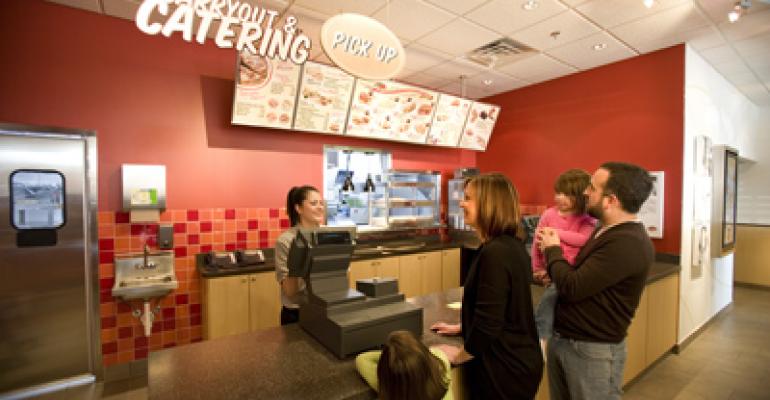 How restaurant remodeling pays off

A look at results from Fazoli’s initiatives at 114 locations

Remodeling restaurants has been the go-to sales driver for much of the restaurant industry during the past few years, either by refreshing a brand in danger of going stale or by innovating design and menu to reignite growth. For Fazoli’s, which has refurbished 99 company-owned stores and 15 franchised units in the past 18 months, it’s both.

The nearly 250-unit quick-service Italian chain is in the midst of a brand repositioning plan that began with menu upgrades in 2009, which alone stopped years of sales and traffic declines. Beginning in January of 2010, the brand started updating unit décor and rolling out its “Enhanced Service Program,” or ESP, with fast-casual touches like food runners and real plates.

In 2012, once most of the system is remodeled, the next phase will include a franchise push and locations in nontraditional venues to help reignite growth.

“This takes our brand from competing on speed and price with the fast-food players to being a true premium QSR and getting closer to the fast-casual level,” chief executive Carl Howard said. “With ESP and a new menu you could replicate at home but wouldn’t want to, we’ve got good food comparable to casual players, but with an average check and convenience that are much more attractive.”

For many large, mature chains, there is no room for hundreds of extra U.S. units. So remodeling stores to add sales layers or to encourage more frequent and lengthier guest visits has become the way to grow. McDonald’s, for instance, already has upgraded 1,800 of its more than 14,000 domestic restaurants, with another 9,000 units cited as candidates for remodeling or rebuilding in the long term.

Darden Restaurants Inc. also announced it would remodel hundreds of its Red Lobster and Olive Garden locations over the next several years. In addition, Wendy’s has identified remodeling and the testing of a new prototype as a major brand investment this year now that it has sold a majority interest of former sister chain Arby’s. The upgrades, along with several menu innovation moves, are meant to lay the groundwork for more domestic unit growth.

Fazoli’s décor and service tweaks have prepared the system for growth in 2012 and beyond and also will allow the chain to introduce an overhauled menu by early November. The new “mega menu” will feature a low-calorie section, chopped salads, a build-your-own pasta option, fresh baked sandwiches and a 500-calorie line of flatbread pizzas.

Not only is Fazoli’s getting its franchisee community to remodel stores, some franchisees are realizing high-double-digit same-store sales returns on their upgrades, compared with a 5-percent increase company stores typically have achieved, Howard said.

“We went first and got really good results,” Howard said, “but then a franchisee in the Chattanooga, Tenn., area dipped his toe in the water with one store, and his sales went up 20 percent and they’re still up.

“Another franchisee nearby remodeled her three stores and she was up 30 percent year-over-year, and the Louisville market’s been up between 6 percent and 10 percent,” he said.

The overhauled menu, which, like the ESP remodel, debuted in the Dayton, Ohio, market and began testing in St. Louis in late June, has not produced a significant mix shift, Howard said, but it’s increasing repeat traffic and lifting sales across the board steadily.

“It’s coming along fantastic,” he said. “Dayton [same-store sales are running] up 5 percent to 6 percent, over the 7-percent gain from the year before. Average check and profit are up, as are consumers’ intent to return and intent to recommend. We’re checking this important box as a piece of our brand evolution and repositioning.”

Growth targets for 2012 would be a handful of company stores to fill out a few existing markets, six nontraditional units and locations from 12 new franchisees, Howard said.

The incremental repositioning strategy — menu tweaks in 2009, testing ESP in 2010, remodels and the new menu this year, unit growth in 2012 — was the way to go for Fazoli’s, Howard said.

“It’s all about how we go from $1 million in [average unit] sales to $1.1 million, then $1.3 million,” he said. “When I started here in 2008, everybody was burned. The franchisees and the parent company [Sun Capital Partners] weren’t into spending a bunch of money. We could have done a lot of this earlier, but [we] needed a lot of proof … I like the company that continually makes the business case for things.”