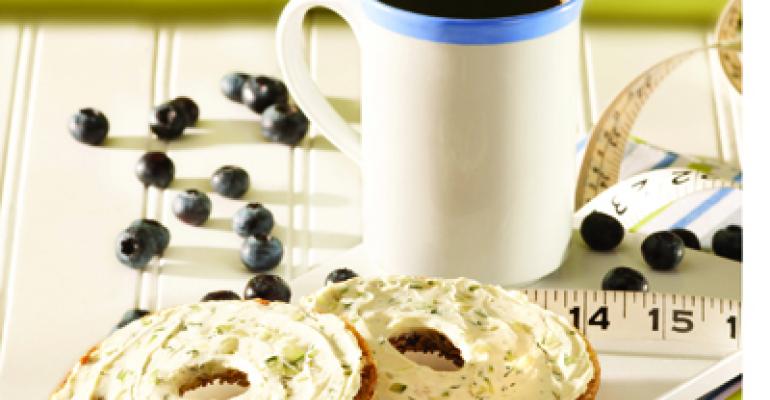 How Bruegger’s cut the calories

Bruegger’s has literally cut the calories.

In an effort to make a more healthful bagel, Bruegger’s didn’t look to its chef. It looked to its operations team.

Instead of reformulating its bagel recipe and possibly altering the flavor and texture of its signature product, Bruegger’s developed a two-bladed slicer that simply removes the middle third of the bagel, leaving the top and bottom.

The end result for a plain bagel contains 200 calories, down from 300 calories for a regular bagel. The skinny option is available for all bagels and bagel sandwiches, Bruegger’s said.

Bruegger’s rolled out the skinny bagel systemwide on Wednesday, but the item was tested for two to three months beforehand in Cleveland, said a spokeswoman for the 300-unit chain. She said customers in Cleveland liked ordering the skinny bagels for sandwiches.

Bruegger’s is looking into developing new items out of the middle 100-calorie slice that’s leftover, but for now the chain is offering it to customers to take home, possibly to toast and eat at a later time.