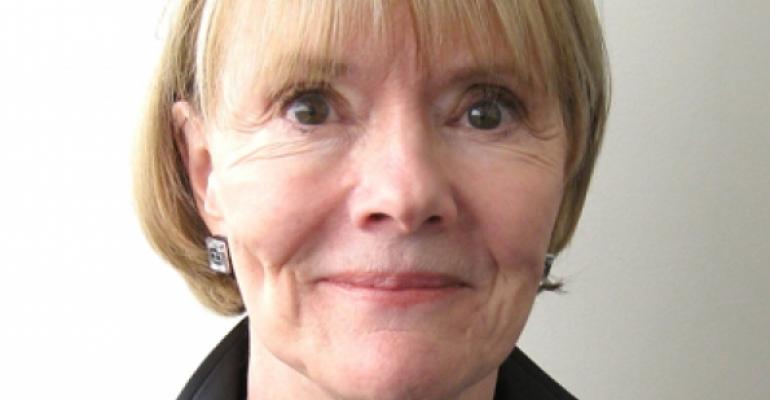 This is part of NRN’s special coverage of the 2012 NRA Show. The show is held in Chicago, May 5-8. Follow all coverage on NRN’s ‘At the Show’ section, check out NRN blogs, Reporter's Notebook, and Tweet with us using #NRNatNRA.

One of the most intense periods of foodservice innovation has been the time between the start of the recession in December 2007 and now, said Kruse, president of The Kruse Co. “It’s the busiest period in terms of new product development that I’ve ever seen,” she said.

Kruse pointed to research from Chicago-based firm Technomic, which found that in a recent six-month period, the top 250 restaurant chains have introduced 1,521 new entrees and 1,726 limited-time offers. They've shown increases in other sections of the menu as well, she added, including the introduction of 559 side dishes.

RELATED:
• Eggs add playful touches to chain menus
• Customization is king for consumers
• Pork is the 'it' protein
• Menu items evoke a smile

Two examples of the current evolutionary trends are waffles and hot dogs, Kruse said. “You take the standard and enhance it forward creatively and slowly,” she said.

In the bread category, waffles and pretzels have been a strong development, Kruse explained, with examples ranging from the Dunkin’ Donuts’ waffle breakfast sandwich to IHOP’s chicken and waffles.

Waffles, she said, offer versatility and favorable food costs, she said. They can be given the patina of “local” and “authentic” with such innovations as Beaverton, Ore.-based Shari’s chain and its blackberry Belgian waffle. “You take the basic product and upgrade by making it seasonal and using locally grown blackberries,” she said.

As for pretzels, Kruse said, customers understand them. “They have a fun image,” she said, as well as being cost-friendly and easy to source. She citied innovations such as ABC Kitchen’s pretzel-dusted calamari in New York City; Bongo Room’s white chocolate and pretzel pancake in Chicago; the Chancery Family Pub’s soup of three cheeses, veggies, Wisconsin beer and a freshly baked jumbo pretzel in place of a crouton in Wisconsin; and Smokey Bone’s Cajun Shrimp Skillet with pretzel bites for “soppin’ up the sauce.”

Horizon innovations in bread, Kruse said, are likely to include versions of Applebee’s sizzling smokehouse chicken stack with corn cakes and Big Jones’ Sally Lunn French Toast with Brandied Pears in Chicago. Popovers are starting to pop up as well, with the New World version of Yorkshire pudding showing up as sandwich bread at the Clover Food Lab Truck in Boston.

Another simmering trend, Kruse said, is hot dogs. “Hot dogs could not be any hotter,” Kruse said. She theorized it’s a further development of the “better burger” trend. “I believe this hot dog revival is catching a very nice tailwind of the burger revival,” Kruse said.

Wienerschnitzel has introduced Angus Dogs with assertive flavors like chipotle, and Sonic has offered regional versions of hot dogs, overcoming one of the hurdles of the past. “Hot dog tastes are so regionalized that no chain could do justice to all the regional tastes,” Kruse said.

New developments in dogs include them being treated as a “culinary blank slate” at Dirty Franks’ International Dogs in Columbus, Ohio, where they can be topped with Korean kimchi, mango chutney, taztziki sauce or Sriracha slaw, and brunch hot dogs with pork loin breakfast sausage and smoked bacon at Franks ‘n Dawgs in Chicago.

While bread and hot dogs are in the category of “creative comfort foods” and low-hanging fruit, major developments in food are happening in the food truck movement, Kruse added. More chain restaurants are taking to the streets, including Applebee’s and California Pizza Kitchen, and they offer an opportunity for catering and participating in local activities for “marketing juice,” she said.

Kruse also suggested that branded trucks could serve to maintain customer awareness if a unit is closed for renovations. A presence of a truck in the parking lot would keep that brand top of mind, she said.

When it comes to menu descriptions, Kruse said she expects to see more terms such as “smoking,” “aging” and “pickling,” adding that “they speak to the notion of expertise.” She also said restaurant operators can see more emphasis on so-called “real” and “authentic” foods.

“Watch McDonald’s,” she said. “McDonald’s is arguably the most influential food entity in the world.” In Europe, for example, it has begun working with the Marine Stewardship Council Certification to make sure all the seafood in its Filet-O-Fish sandwich is sustainable.


“Keep an eye on McDonald’s,” she said, “because where they go many of the rest of us will follow.”