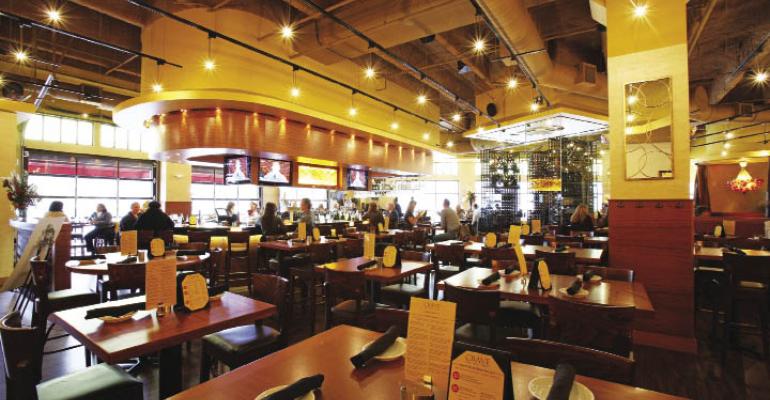 Last week, NRN introduced the 2011 Hot Concepts! award winners. The Hot Concepts! awards are given each year by Nation’s Restaurant News to young, growing chains that embody the perseverance and entrepreneurial spirit of the restaurant industry. This week, find out more about each of the five concepts who were able to identify and capitalize upon opportunities in their markets across varying cuisine, service style and formality. Today's winner spotlight is on Crave.

Kam Talebi, founder and chief executive of Bloomington, Minn.-based Crave, could not have foreseen the worldwide economic downturn that metastasized months after he opened the first location of his upscale-casual chain in 2007. But what he did correctly predict at the time — a “tremendous evolution” of sushi in the marketplace — allowed the chain to thrive in the challenging years that followed, he said.

Crave, which incorporates sushi into its extensive menu of seasonal American dishes, now has six units in three states and has grown average unit volume every year since it opened. Talebi did not share systemwide sales figures, but said average unit volume is “north of $6 million.”

“[Generally speaking], it would be challenging to build a business model that incorporated sushi into American, but it’s in our blood,” Talebi said. “Given the complete nature of what we wanted to create — an upscale-casual concept with the element of a full bar and wine program, and a concept geared more toward the female demographic — sushi was a perfect fit.”

That first location went into the Galleria mall in Edina, Minn., an affluent suburb of the Twin Cities. The mall’s 70-percent-female customer base was just the venue Crave needed to test out its concept, which aimed to balance serving adults with sushi and a wine program while also catering to families.

“We wanted to make sure we were family friendly and that we appeal to a mass audience, but that we’re not generic in nature or in the quality of our food,” Talebi said. “Fine dining was becoming a dinosaur, and we saw that coming in 2007. We wanted a menu that was approachable.”

The diverse menu required of any upscale-casual brand — Crave offers filets and New York strips for the expense-account diner trading down from the steakhouse, as well as pizza and pasta for a family celebrating a child’s birthday — gives customers points of entry at different price tiers, Talebi said. The restaurant’s average check is $24 to $25.

“It’s a wide range, but we’re committed to quality,” he said. “Yes, we run the risk of higher food costs, but I’d rather invest in the food than a marketing campaign. The food sells itself and the concept, and our customers promote the concept.”

A focus on value and engaging restaurant decor also help drive traffic, Talebi said. Lunch specials of a half-sandwich, a personal pizza or a sushi bento box plus a side for $9.95 provide an accessible price point, as do $3 to $5 happy-hour bar bites.

“During the recession we were able to get the customer to trade up from Applebee’s or Ruby Tuesday for just $5 more,” he said. “We tried to make the restaurant chic and vibrant, and we got corporate customers to come down from Morton’s or Capital Grille and walk away with the same experience.”

Because Crave devotes equal space to the dining room and the bar area, with a floor-to-ceiling wine tower separating the two, one guest could come back several times to entertain her family, her clients or herself, Talebi added.

“Depending on where you are in the restaurant, you get a different experience,” he said. “That’s what makes our customers repeat visitors.”

Talebi wants to work his way east with Crave’s expansion, with a particular interest in Florida. For 2012, one location is slated for the Midwest, and two will go up in the Northeast, he said.

“I’m privately held, and I don’t have to grow a certain number of units per year,” he said. “I look for the right opportunities and let that drive our growth.”