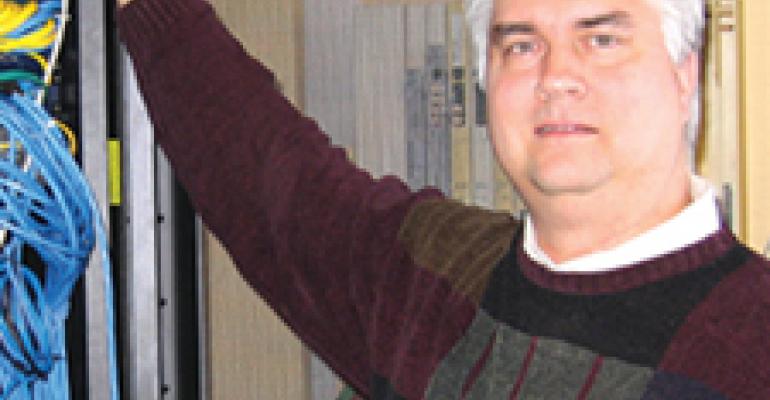 For a guy who jokes that one of his favorite sayings is, “It’s not my job!” Douglas Davis had a wide range of work roles before joining Bradley, Ill.-based Monical Pizza Corp., parent of the 57-unit Monical’s Pizza chain offering salads, sandwiches, pastas and pizzas.

At one point, the MPC information systems coordinator toiled as a student data secretary. At another, he was involved in dispute resolution for the Better Business Bureau. Some might suggest that the latter experience was perfect training for an IS practitioner, who, at times, must negotiate around departmental special interests to best serve the entire organization.

Davis says his four-person team oversees wiring, programming and repair of computer and telephone equipment in all company restaurants and at16 of the franchised stores within the chain, which offers delivery, takeout and table service. The rising cost of labor is perhaps the greatest test now facing the owners of 27 franchised Monical’s Pizza restaurants and the managers of 30 company-owned branches, he says.

Off the clock, Davis builds and maintains websites for churches and family and, among other things, is a committee chairman for the Boy Scouts. He also gardens and is involved with a high school choir.

In 2007, what is the greatest challenge facing Monical’s Pizza operators?

One of the biggest challenges we face this year and moving forward is the increase in minimum wage. There is no way we can pass on the cost increase to our guests, so it means fewer people actually doing the work.

How can technology ease or eliminate this problem?

The key for technology is to enable employees to more easily fulfill their job functions. “User-friendly” was the buzzword of the 1980s and ’90s, but it is the reality of today.

Can you cite examples of how MPC is making operations tools more user-friendly?

[The move to] gift cards. We just switched to them [from paper certificates] a year ago. [Until then], they were still being processed [manually, with] counting by hand, etc.

Now the point-of-sale [system] can track and count them. This cuts down on errors both in double entry and in forgetting to enter them.

What are some of the plans to simplify other aspects of the Monical’s operation?

We are constantly looking for ways to improve our software so [managers have] more time to run the store and [spend] less time wrestling with the computers.

We plan this year to move to internal credit card handling via our in-house POS [system]. This will require the addition of swipe units for our keyboards [while eliminating stand-alone card reader terminals].

Consolidation of functions [at headquarters]. [For example], marketing wants to control the advertising aspect of the external website, [and] human resources wants to keep tabs on what is being released on the internal Web portal. But the reality is that information systems [personnel] keep those Web servers up and running.

Who should be in charge and oversee the individuals doing the day-to-day [work on] these sites is another hot topic up for discussion.