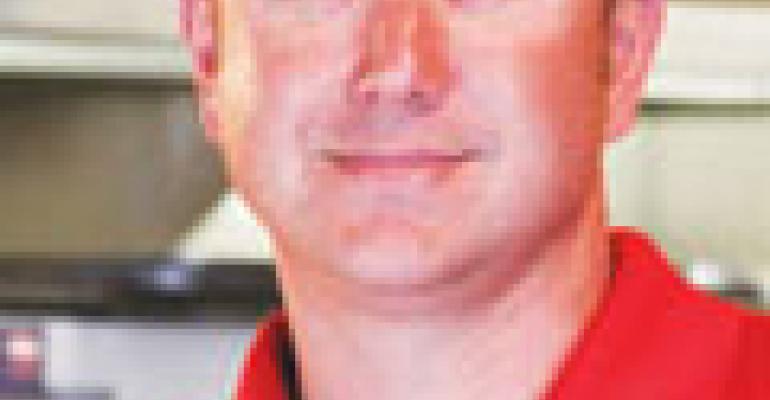 Buffalo Wild Wings franchisee Chris Olexa had his first experience with the 575-unit casual-dining chain in college, watching games with his buddies in Houston. After a few visits, Olexa told himself he was going to own a Buffalo Wild Wings unit one day. Now, at 35 years old, the Texas native has four stores, with three more units in development.

But Olexa had a heck of a 2008, getting a diagnosis of lymphoma in May and dealing with Hurricanes Ike and Gustav wreaking havoc on his stores in the fall. He was building a store in Port Arthur, Texas, when he was told he had cancer. Then he had to deal with repairing hurricane damage to the units in Beaumont, Texas, and Houma, La. In recognition of his hard work, Minneapolis-based Buffalo Wild Wings Inc. awarded Olexa with its Franchise Founders Award at its franchise award banquet in April. The award is named for the chain’s founder, Jim Disbrow, who passed away after his own battle with cancer.

How did you get started with Buffalo Wild Wings?

I used to go to Houston all the time to watch games, Rice baseball games, and they had a Buffalo Wild Wings there on the campus of Rice. [I] walked into it for the first time and fell in love with it. I am a huge sports fan. Me and my college buddies, we would go to games and we would make a point of stopping in at Buffalo Wild Wings, or what we called it at that time—B-Dubs. At that point, I told myself, “I’m going to buy one of these one day.” Here I am today.

How are you feeling right now?

I am doing good. I am three months in remission. I am doing great. It was a shock to find out I had cancer because I am a health nut. I eat healthy all the time. When I was diagnosed with lymphoma, I was shocked. But I did six months of chemo and now I am three months clean.

After the diagnosis and the summer, you had two hurricanes hit in Texas and Louisiana.

Last year, at one point, we had all four of our stores closed due to hurricanes. We had Gustav hit us—that pretty much tore our Houma store up. We were closed for about four weeks trying to repair it. The other stores opened up after the evacuations were lifted. Two weeks later, we were hit by Ike, which closed us all down again. Then our Beaumont store was closed for about three months. It tore our roof off. It was already five years old, so we had to do a whole new renovation to it.

Do you think the job was helpful during your recovery?

I think that helped me stay strong and get through it, because I had a place to go, had to get up every day and go to work. It actually helped me through it.

You couldn’t ask for a better job. Who else can go into work and watch sports and have a good reason to. I love it and I owe a lot to Buffalo Wild Wings. It was an honor to win the Founders award. It brings tears to my eyes to think about it. I’ve got it sitting right here on my desk.