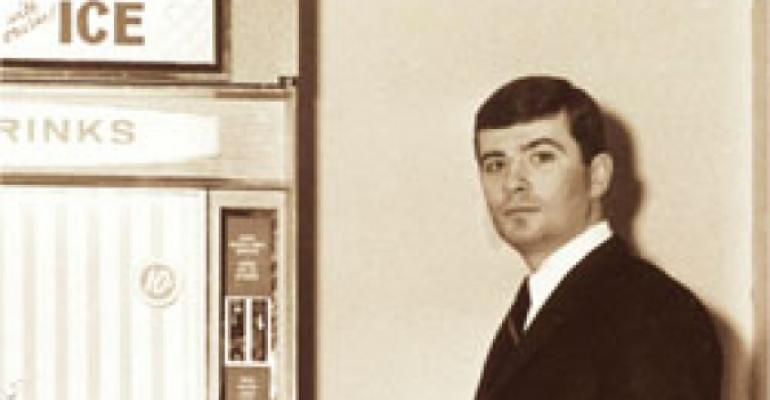 When Jon Luther became president of Popeyes Louisiana Kitchen in 1997, he sought out Louisiana chef and restaurateur John Folse to learn more about Cajun and Creole cuisine and understand the chicken chain’s New Orleans roots.

Folse, who had just been named Louisiana’s culinary ambassador by the state legislature, wasn’t sure what to make of the fast-food executive. So he rattled on to Luther about 300 years of cuisine history and culture.

“He grasped every bit of it, perfectly and succinctly,” Folse said. “I realized at the time, he was a type of manager I had never met before. Not only was he very astute and extremely smart, he really got down to the care and passion of food. That’s what makes Jon Luther different.”

Under Luther, Popeyes launched its Louisiana Legends line of oven-rice dishes, which earned a MenuMasters award in 1999. After Luther became chief executive of Dunkin’ Brands Inc. in Canton, Mass., Dunkin’ Donuts also earned a MenuMasters honor, along with top rankings in customer surveys and taste tests for coffee and menu items. Its sister brand, Baskin-Robbins, also has been recognized by the media for the taste of its hard-scooped ice cream.

Paying attention to the food and encouraging innovation have been hallmark traits of Luther’s leadership in the food-service and restaurant industry, said friends and colleagues.

“He was willing to listen and learn about the core values of the brand and what we stood for,” said Joe Scafido, chief creative and innovation officer at Dunkin’, who was chief menu and marketing officer at Popeyes under Luther. “He allowed us to do the concept and menu work we needed to do to get the brand headed in the right direction.”

Luther, who grew up in Tonawanda, N.Y., just north of Buffalo, gained a respect for culinary arts as he studied hotel and restaurant management at Paul Smith’s College in Paul Smiths, N.Y.

“I have tried to understand the connection between the customer and the back-of-the-house,” Luther said. “Very simply, it’s the food.”

His career started as a vending salesman for Aramark, the foodservice contractor based in Philadelphia. His appreciation for good food deepened when he took over Aramark’s luxury-dining division, which included the Carnelian Room in San Francisco and The 95th in Chicago during the late 1970s and early 1980s. With that position, Luther became more involved in the food side of the business, including visiting Paris to recruit chefs.

“I became fascinated with how creative the food was, and then how to take that creativity and make money with it,” Luther said.

He took that passion with him in his next assignment as president of CA One Services, a subsidiary of Delaware North Cos. Inc. CA One managed airport concessions, and Luther saw no reason why travelers could not have good food in airports. It was his first experience guiding a company through a culture shift, he said.

“We brought some of the best of the best into the airport arena to provide travelers with a decent meal,” he said, naming Wolfgang Puck and Bob Spivak of the Daily Grill as examples of his recruiting efforts.

When he arrived at Popeye’s, Luther again led a cultural change by refocusing the chain on its culinary history. Luther went from department to department and listened to everyone, said Billy Jacob, former director of culinary development for Popeyes who is now a franchisee of Five Guys Burgers and Fries in Baton Rouge, La.

“He came over to the culinary center and we talked about the problems, why we cannot get things done,” Jacob said. “He cut the apron strings loose on culinary and R&D and let us do our thing. He let us work on gut and instinct and did not surround us with a lot of corporate minutia that strangles so many companies.”

One of Luther’s most positive attributes is his ability to get out of the way, Scafido said.

“He is by nature a big-picture, visionary type of guy,” Scafido said. “Once he understands the brand, he makes sure the message is consistent, and he allows the people to bring it to life every day.”

“The fact is, he has always been someone who was willing to allow the innovation to happen,” he said.

During his tenure at Dunkin’, the company’s global systemwide sales have increased by more than 50 percent. In 2009 sales were $6.9 billion. Dunkin’ has more than 14,800 stores in 44 countries.

Dunkin’ Donuts has become a market leader in the coffee, iced coffee, flavored coffee, doughnut, bagel and muffin categories, according to The NPD Group. It also ranked first for customer loyalty for the past three years in the coffee and doughnuts category of the Brand Keys Customer Loyalty Engagement Index.

“We are constantly innovating,” Luther said. “If you stand still, you will be obsolete in no time.”