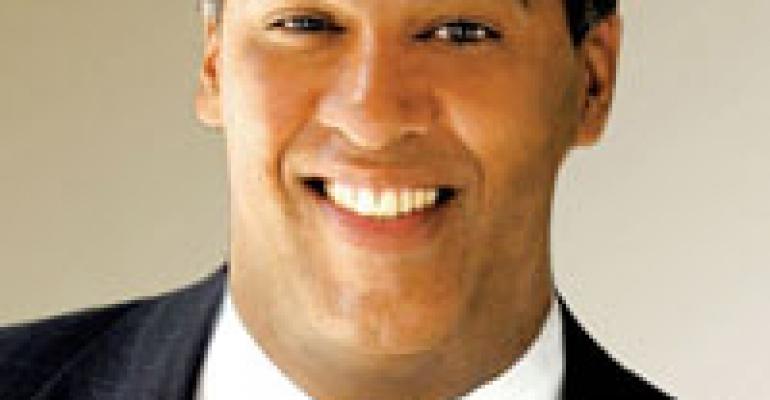 Gerald A. “Gerry” Fernandez is an early riser. That’s the only way he can find enough hours in the day to spread to all who inquire his economic case for the power of diversity.

The founder and president of the Multicultural Foodservice and Hospitality Alliance is in his office at the nonprofit organization’s Cranston, R.I., headquarters by 7 a.m. to start plowing though mail, e-mail and voice mail. Or he is catching a flight to an MFHA-sponsored event or industry conference.

“It can be overwhelming at times, and after 9 a.m. the phone doesn’t stop ringing,” Fernandez says.

Calls come in from minority suppliers who want his advice on dealing with particular restaurant companies and from hospitality executives looking for diversity consultants to present at conferences. Many people call inviting Fernandez to speak at one gathering or another. And lately, the consumer press also has been calling, asking for comment and demographic information on the industry.

He even gets international calls, such as from operators in the United Kingdom interested in creating their own Showcase of the Stars, a signature MFHA event that encourages minority high school students to consider careers in the restaurant industry.

Fernandez may feel like he can’t catch up, but some colleagues, friends and industry leaders feel they can never catch up with him.

“Gerry is always one step ahead of everyone else,” says Terrian Barnes, global diversity officer and inclusion officer for Louisville, Ky.-based Yum! Brands Inc.

Barnes met Fernandez at MFHA’s first conference, held in Atlanta in 1998. She had just begun her work at Yum, then called Tricon, as MFHA was getting off the ground.

“His enthusiasm was contagious,” says Barnes, who now chairs MFHA’s board of directors. “He had taken what was clearly a need for the industry and articulated a strategy that was achievable. Where he was going was where I wanted to go.”

From the beginning, Fernandez wanted to lead foodservice and hospitality operators on a path that would make their workforces, suppliers, customers and the communities they serve inclusive of everyone—not just minorities, but also people with disabilities and gays and lesbians. Supporters point to his drive and passion for creating a nonprofit organization that has spent the last 10 years promoting the economic benefits of diversity and inclusion. Now with some 700 members and a $2.4 million operating budget, MFHA offers a host of resources, English and Spanish language guides, consultants, programs, and strategies to improve diversity.

Measuring MFHA’s progress has always been a challenge, although the organization partnered earlier this year with two research firms—Dallas-based People Report and CorVirtus in Colorado Springs, Colo.—to help gather more data about the industry.

“I think the wheel is beginning to turn more easily and we’re making more progress,” Fernandez says, noting that the National Restaurant Association now has a standing multicultural committee and diversity issues are taught in some hospitality schools. More companies have diversity officers and operators are making their websites and company materials reflect the diversity of their workforces and customers.

Companies that have not embraced diversity will be able to do it much faster by following the examples of others, he says. The challenges of immigration also are fueling a push for more diversity.

Others credit Fernandez with motivating operators to adopt inclusive polices.

“When Gerry does a presentation and talks about diversity, people get it,” says Catalina Ganis, senior vice president of Elliot Associates, a Tarrytown, N.Y.-based executive recruiting and consulting firm for the hospitality and food-manufacturing industries.

At conferences, MFHA members have boldly discussed taboo topics such as whether minorities tip, the role of the white male and how job testing can adversely affect minority applicants, she says.

Fernandez is an influential and motivational force, says John Machuzick, president of the Bakeries & Food Service Division at General Mills in Minneapolis.

“Gerry is personally responsible for changing the way companies look at the value of diversity,” he says.

Machuzick had worked alongside Fernandez in the early 1990s when they were both salesmen in the division, Machuzick for retail sales and Fernandez in foodservice sales. Before launching MFHA, Fernandez had played a role in General Mills own diversity push. He was influential in establishing the food company’s Black Champions Network of GM employees, Machuzick says.

General Mills was very focused on diversity under the director of former chairman Steve Sanger, he says.

“We were a Midwestern company and we did not have a lot of diversity, and he wanted to do something about it,” Machuzick says. “It was opportune for Gerry to come forward when he did.”

Fernandez remembers his moment of inspiration with clarity. He was in his office at General Mills reading Nation’s Restaurant News when he noticed an advertisement for the Women’s Foodservice Forum.

He contacted WFF and was invited to lead a round-table discussion on networking at its conference. Energized by that meeting and impressed by the female executives he met, Fernandez returned to General Mills and asked for help. His boss arranged a meeting with Sanger, and Fernandez pitched his idea. Through GM’s loaned executive program, Fernandez received a paid sabbatical to get his idea off the ground. GM also became one of the first sponsors of MFHA.

“I had this big blue G on my head,” he says. “Here was a conservative company, a solid blue-chip company supporting me. GM’s approval was huge.”

Without GM’s backing, he may have been dismissed as just a salesman with an idea, Fernandez speculates. But he admits his industry experience also played a role.

Fernandez’s career choice was fairly happenstance. He was the fourth of six children born to parents who were the children of immigrants. Both sets of his grandparents were from Cape Verde, a former Portuguese colony that is now an independent island nation off the coast of West Africa. Fernandez’s father died when he was 11 years old. Growing up in the suburbs of Boston, Fernandez almost fell in with the wrong crowd.

“I was somewhat of a troubled youth,” he says. “I came close to getting in serious trouble when I was young. I did not have a good attention span. If you weren’t smart, I was bored with you. Some of those criminal minds were pretty smart.”

Fernandez enrolled in a food class to be around girls, but when he showed aptitude for cooking, his teacher encouraged him to apply to a new culinary program that was opening at Johnson & Wales University in Providence, R.I. His brother drove him down to take a look at it. Impressed, he later applied and even earned a scholarship to help pay for it.

“One week into it, I was hooked,” Fernandez says. “This is what I’m going to do.”

After getting a culinary arts degree, he worked at the Waldorf-Astoria in New York. He returned a few years later to run J&W’s extension program while obtaining a bachelor’s degree in foodservice management. He later helped open J&W’s Norfolk, Va., campus.

Fernandez soon discovered black restaurateur Ernie Royal and moved to Vermont to work at Royal’s restaurant, the Hearthside in Rutland. He credits the late Royal, who was active in the National Restaurant Association, with teaching him the responsibility leaders have to give back to the community, Fernandez says.

He went on to spend 10 years opening restaurants as a senior manager for a company that would eventually be acquired by Atlanta-based Rare Hospitality, which is now being acquired by Darden. And for the first time since he was a teenager, he was fired from a job.

“I was asked to leave, and it was an eye-opening experience,” Fernandez recalls. “I had gotten too big for my britches. I thought I was smarter than everyone else. It was a major turning point in my life. I reprioritized my life. I took a serious look at my faith and made it a real big part of what I did.”

A friend suggested he apply for a job at General Mills, and Fernandez moved his family to Minnesota. He was a loaned executive for four years after starting MFHA, until he left to become the organization’s first full-time employee.

MFHA now employs seven people and has improved its marketing and outreach under the direction of former marketing vice president Michelle Miller. Fernandez was one of the reasons she took the position four years ago, she says.

“Gerry is the heart and soul of MFHA and its voice,” says Miller, who left the organization at the end of September to join Retention Education, the creator of the “Sed de Saber” English workplace language computer program for the restaurant industry. “I don’t think his passion ever waivers.”