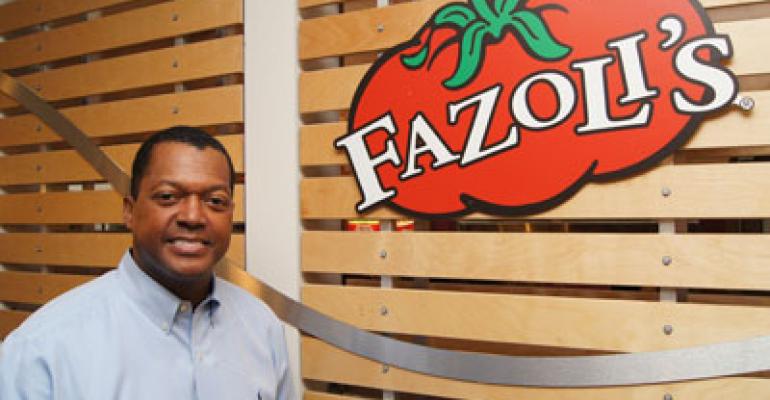 Hodges, who most recently served as regional vice president for Dunkin’ Brands, will oversee operations at all Fazoli’s corporate and franchised restaurants and will report to chief executive Carl Howard. Hodges replaces Dennis Benson, who left the company earlier this year.

The chain plans to open several company-owned and franchised stores this year and aims to have all corporate restaurants remodeled by the beginning of 2012.

As the brand has built momentum for its “Enhanced Service Program” — which features new décor elements, real plateware and fast-casual service touches like food runners — same-store sales have increased at corporate and franchised locations over the past 12 months, Fazoli’s said.

The chain also opened its first nontraditional restaurant this year in a Walmart location in St. Louis.

“Fazoli’s is making a remarkable comeback, which is one of the reasons I joined the company,” Hodges said. “I’m looking forward to helping both franchise and company restaurants achieve higher performance levels through a greater focus on strategic planning and unit-level execution.”

Hodges’ 30-year foodservice career also includes stints as president of the Southern division of RTM Arby’s and vice president of marketing for Cinnabon. He also had been director of food operations for Target Stores.

Fazoli’s hired James Franks, a veteran of Red Mango and Dunkin’s Brands, as vice president of franchising in June.

Lexington, Ky.-based Fazoli’s, the operator or franchisor of more than 220 restaurants, is a division of Sun Capital Partners. The Boca Raton, Fla.-based private-equity firm bought Fazoli’s in 2006.