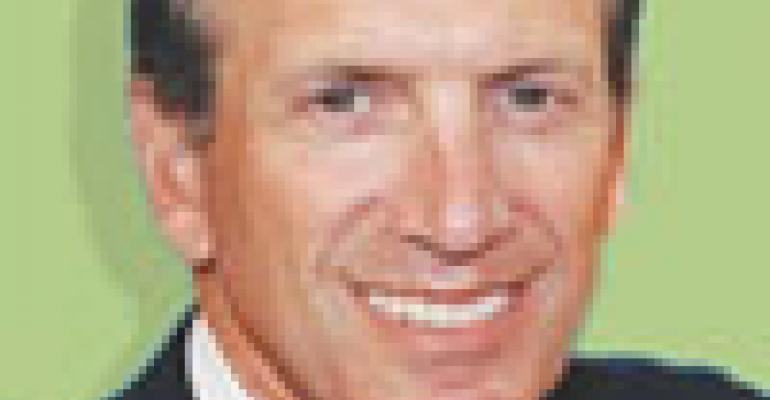 Entrepreneurs retake reins to wake up their brands

The restaurant industry’s prevailing wisdom long has been that entrepreneurs should step aside when their concepts reach a critical mass and require operations expertise.

But with the recession battering many restaurant concepts nationwide, that sentiment has been pushed aside as creative forces like Howard Schultz, John Schnatter and Dean Vlahos return to their desks and their stores trying to preserve the businesses that once flourished under their supervision.

Stepping back into day-to-day decision making is not always easy, however, and observers say it remains to be seen whether these risk takers can be equally successful as stewards and rejuvenators of more mature brands.

“When you come back as an entrepreneur to get the business moving, you are also moving away from your comfort zone,” said Chris Muller, director of the Center for Multi-Unit Restaurant Management in the Rosen School of Hospitality at the University of Central Florida in Orlando, Fla.

“Instead of a glass ceiling, there is a glass wall,” Muller said. “As you move away from the wall, your skill set changes. You learn new skills or recycle yourself.”

Many companies are betting that the person who brought the concept to life will reignite the passion and purpose within its workforce.

That was a promise chairman Howard Schultz made at Seattle-based Starbucks Corp. when the board appointed him president and chief executive in January 2008, ending his eight-year hiatus away from day-to-day responsibilities at the coffeehouse giant.

Similarly, nearly 10 years after resigning as president of Rock Bottom Restaurants Inc., founder Frank Day returned to the post last May to try to stem losses for the multibrand company based in Louisville, Colo.

A year after changing his title to nonemployee chairman-founder and stepping back from operations at Papa John’s Pizza, John Schnatter resumed the chief executive role in December. The Louisville, Ky.-based pizza chain said its 2009 profit could fall as much as 21 percent from expected earnings this year as sales continue to slow and the chain closes more locations than it opens in the United States.

Dean Vlahos, founder of Redstone Grill, a five-unit casual-dining chain based in Wayzata, Minn., says he appreciates the variety of leadership abilities with the industry.

Vlahos resumed as the concept’s president and chief executive in October, after industry veteran David Goronkin resigned. Vlahos had brought Goronkin in to help grow the company, but the economy stalled those plans. Vlahos is also the founder of Champps Americana, a casual-dining concept he sold when there were a dozen units in 1996.

Entrepreneurs are not always the best people to manage a restaurant company, said Ned Grace III, managing director of Grace Venture Partners in Orlando, Fla., and founder of the Capital Grille and Bugaboo Creek Steak House concepts, which he later sold.

“Entrepreneurs are typically risk takers,” Grace said. “They understand the direction they are headed with a concept and, once they get there, it gets boring. At least in my case I can say that.”

On the other hand, those executives brought in to manage growing companies may not have the drive and innovation to keep it fresh and relevant with customers, Grace said. Originators of a restaurant concept often keep their passion for the brand, and that drive can help them in returning to steer a company, he said.

“When management types come in and take over, they can manage what’s there, but they may not have the creative juices to keep the company on track,” Grace said. “Every concept needs tweaking from time to time.”

Day of Rock Bottom speculated that he probably never should have retired from the president’s position after taking Rock Bottom private in the late 1990s. Although he remained chairman, he was less involved in day-to-day operations for the company, which operates or franchises 34 Rock Bottom Restaurant & Brewery units and 95 Old Chicago restaurants.

“A few years ago I thought, I’m used to hands-on and one-on-one, but we were now this big corporation, so I thought I needed a corporate approach to it,” Day said. “In retrospect, I think it might have been better if I had stayed from the beginning and kept it an entrepreneurial company.”

Jim Grote, founder of Donato’s Pizza in Columbus, Ohio, never left when he sold the business to McDonald’s Corp. in 1999, but he and his daughter, Jane Abell, who is now president and chief operating officer, deferred to the burger chain’s leadership. The Grotes bought the company back in 2003.

“When there is an acquisition by the world’s largest restaurant company, they bring a lot of resources to the table, and we were just pizza makers,” Abell said.

McDonald’s stressed research, focus groups and making the business case for decisions, yet Donato’s business got off track, she said. McDonald’s built larger, stand-alone units that did not reflect Donato’s original vision. The company closed seven of those stores last year in Orlando.

“We’re going back to who we are and what we were prior to McDonald’s, but with a more fresh look to it,” Abell said. “We’ve improved our dough and opened up our kitchens to see our customers.”

Donato’s had one of its best years when the Grote family regained control of the business, doing $10.5 million in sales.

“I’d like to think it was because of some strategic decision, but I think people started caring again,” Abell said. “They were seeing the face behind the brand. My father is a passionate entrepreneur who ignites people. When the entrepreneur is involved, even when going through tough times, like now, people dig a little deeper and care a little bit more.”