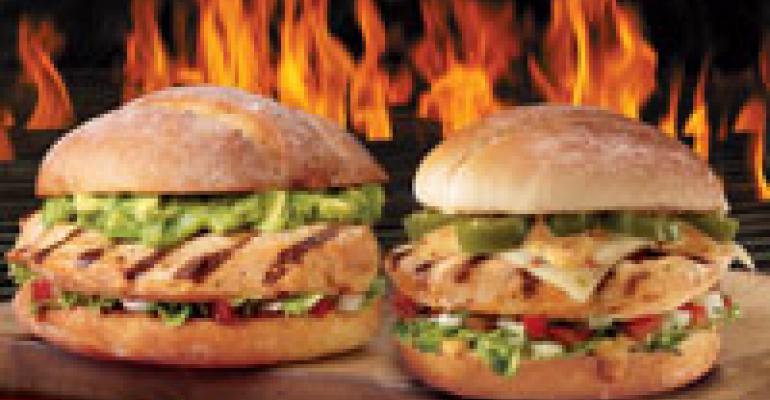 COSTA MESA, Calif. In an ongoing move to spice up its menu, El Pollo Loco will begin offering sandwiches made with the chain’s citrus-marinated grilled chicken.

The sandwiches, which debut Saturday, are a first for the more than 400-unit Costa Mesa, Calif.-based chain, which is known for its Mexican-leaning menu. With the grilled chicken as the centerpiece, other dishes include burritos, tacos, quesadilla and bowl combinations.

Both are sold at company-operated stores for $4.29, or $5.99 as part of a combination meal with small drink and chips.

Karen Eadon, El Pollo Loco chief marketing officer, said: “There’s certainly no shortage of chicken sandwiches on today’s menus, which is why our team of culinary professionals wouldn’t settle for anything less than extraordinary when creating sandwiches featuring our award-winning flame-grilled chicken. Our perseverance paid off. Our two new sandwiches truly pay homage to the chicken that put us on the map.”

Steve Carley, El Pollo Loco’s chief executive, said earlier this year that the chain would focus on driving sales with appealing new product initiatives, such as the reintroduced sirloin steak options. The chain saw systemwide same-store sales turn negative in 2009 for the first time in a decade, in part because the brand’s core market is in economically challenged California.