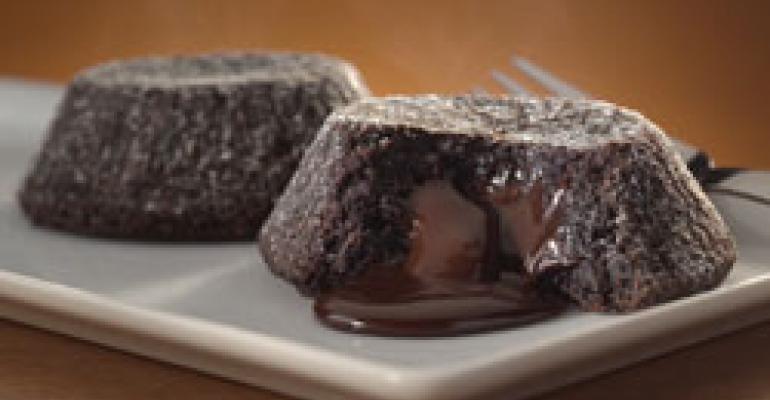 The cakes are crunchy on the outside and have a filling of runny chocolate fudge. Domino's is selling them for $3.99 for an order of two cakes, but they are free with the purchase of an order of BreadBowl Pasta until Sept. 13. The pasta dishes, which rolled out earlier this year, start at $5.99.

Domino’s is also promoting the new dessert by offering it for free during August to anyone with a birthday during the month.

In addition, on Aug. 4, President Obama’s birthday, customers who visit a Domino’s location in Washington, D.C., before 11 a.m. and say “Happy Birthday” to the president also get a free cake, while supplies last.