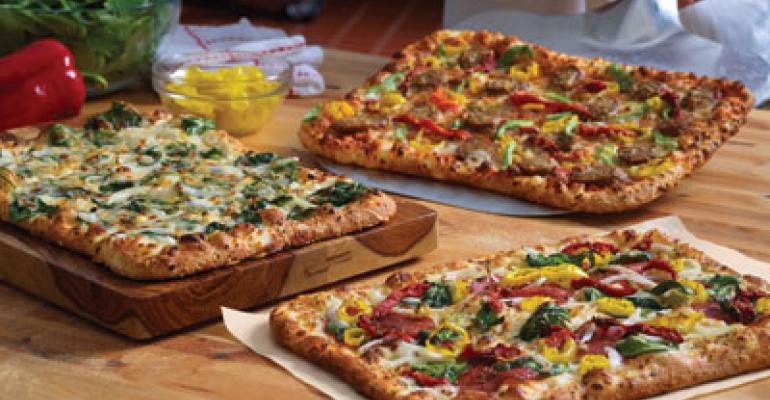 The new pizzas — Spinach & Feta, Italian Sausage & Pepper Trio, and Tuscan Salami & Roasted Veggie —were a company response to customers’ changing tastes, Domino’s spokesman Chris Brandon said. The pies sell for $7.99 each, a price that will be in effect for at least two months, he said. The cost after the debut campaign ends has not yet been set.

Domino’s re-launch of its core product in December 2009 positioned it to roll out the new line.

“The [Artisan Pizza] launch would have been difficult to do if we didn’t make this statement two years ago as a brand,” Brandon said.

Domino’s chief executive Patrick Doyle said the menu line is the first to fully showcase the quality of the brand’s ingredients and craftsmanship.

“Consumers really need to see and taste these pizzas to believe them,” Doyle said.

“The campaign is a playful way to demonstrate that we can be gourmet,” Domino’s chief marketing officer, Russell Weiner, said. “This pizza needs no gimmicks — just consumers to simply try it.”

Customers who order one of the new menu items online will receive a link where they can rate the pizza.