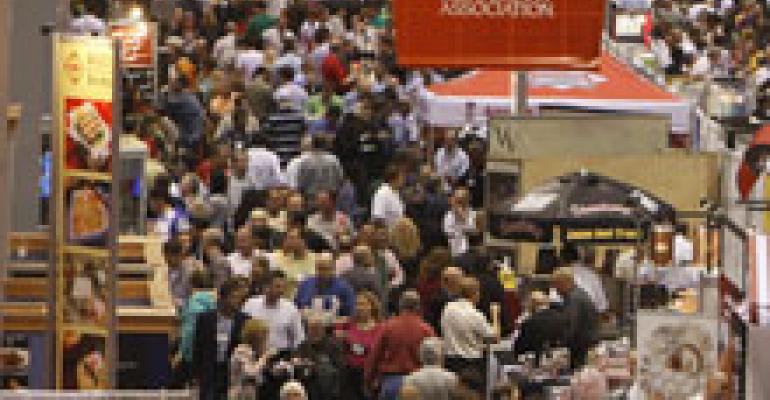 A culinary look from the NRA Show

Customization is key for today’s consumer

Responding to consumers’ increasing demand to have their food when and how they want it, foodservice operators walked the floor of the National Restaurant Association Restaurant Hotel-Motel Show in search of better ways to delight their customers.

The need for customization was much in evidence. Beverage manufacturers pushed their dispensing technology that let customers pick and choose different flavorings. A tea company, pointing out that its bottled-tea sales in convenience stores were down as customizable iced tea sales were on the rise, was touting its new flavors.

Customers now expect to be able to tweak their food however they like, NRN contributing editor Nancy Kruse said in her educational session at the NRA show “Turning Trends into Moneymakers.” Kruse is founder of The Kruse Company consulting firm.

She said chains such as Starbucks helped make that happen in the 1990s by giving customers the ability to pick the type of milk, level of caffeine, darkness of roast and variety of flavors in their coffee.

Chains like Dallas-based fast-casual sandwich chain Which Wich is continuing that trend: Its menu is a brown paper bag, on which customers can tick off the type of protein, bread and fillings they want in their sandwiches.

On the show floor, a gelato and sorbet manufacturer underscored its ability to customize by handing out samples of such flavors as maple bacon pancake, sweet corn, strawberry and ghost pepper, and Mexican chocolate chipotle although operators passing by mostly wanted to sample classic flavors such as chocolate and hazelnut.

A syrup company displayed its recently launched flavor sticks. Similar to honey-filled straws that are available in some coffee houses, the jam-filled flavor sticks allowed customers to add flavors ranging from blackberry to lavender to their beverages.

Bold flavors were very much in evidence at the show, too — not necessarily spicy flavors, but complex ones. A sausage manufacturer had its cheese-infused pepperoni and salami on display. A hummus producer had its pesto-flavored product on display and said it would be launching Buffalo hummus this summer.

A potato commodity group said it was seeing growing demand for hand-cut fries, something Kruse confirmed in her presentation, noting in particular the recent success of Wendy’s reformulated fries, which were given a premium touch with the addition of sea salt.

Kruse also told her audience to pay attention to their customers’ health needs. She said gluten-free items were in particular demand. Although estimates put Americans with severe gluten allergies at about 1 percent of the population, Kruse cited a recent survey from consumer research firm NPD that found 24 percent of respondents said they were on gluten-free diets — a larger percentage than were on the Atkins diet at its height earlier this century.

She also warned foodservice operators about the dangers of more outbreaks of food borne illness, which could send customers back home to their own kitchens.

On the show floor, food-safety solutions were on display, such as high-pressure pasteurization for pork and whole eggs that were pasteurized in their shell.
A number of suppliers said customers were looking for low-sodium solutions, as well as products with “clean labels,” meaning without preservatives or other ingredients that their customers couldn’t identify.

Operators also were looking at ways to differentiate themselves with hard-to-find products.

Of particular note was the prevalence of “ancient grains,” at a number of booths — including a soup manufacturer offering gluten-free vegetable chili with quinoa, a high-protein grain from South America, and a bread manufacturer whose Ancient Grain bread was made with millet and teff, an East African grain used in the Ethiopian crêpe-like bread injera. That bread was rounded with cooked wheat berries and white flour.