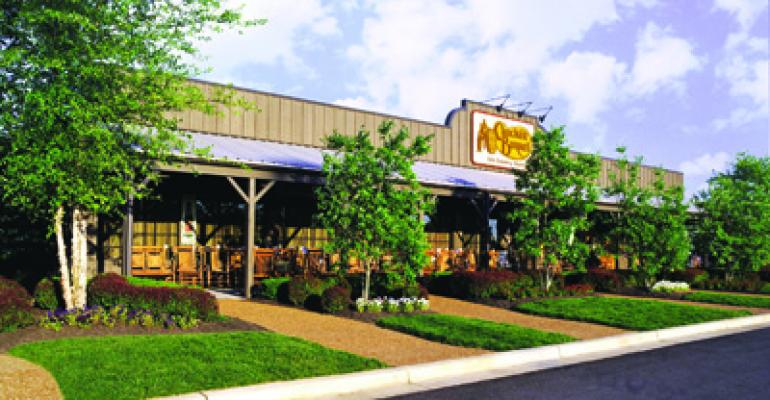 Poison pill enacted as Biglari Holdings gains regulatory approval to acquire up to 49.99%

This story has been updated to include a Sept. 23rd statement from Biglari Holdings chairman Sardar Biglari.

Biglari Holdings Inc., a 9.3-percent stakeholder in Cracker Barrel Old Country Store Inc. has gained regulatory approval to acquire up to 49.99 percent of the restaurant company’s shares, a move Cracker Barrel’s board quickly worked to avoid with the adoption of a poison pill.

Lebanon, Tenn.-based Cracker Barrel said Friday it approved a shareholder rights plan designed to repel “a threat that Biglari Holdings could accumulate a substantial, and potentially controlling, position in Cracker Barrel.” The plan, which will be voted on at Cracker Barrel’s shareholder meeting in December, allows stockholders to purchase additional shares at a discounted price if any investor group acquires more than 10 percent of the company’s stock.

The proposed plan will be terminated if it doesn’t gain approval in December, and if it is passed will last until September 2014. The plan does not block or apply to any fully-financed cash offers to buy the company outright.

The shareholder right plan goes into effect if a person or group acquires more than 10 percent of Cracker Barrel’s outstanding shares. When that occurs, each shareholder – outside of the 10-percent holder – has the right to purchase $200 worth of shares for each share they own. In return, they are granted a number of shares with twice that value. Poison pills like this serve to dilute the shares held by any potential acquirer.

Late Friday, Biglari Holdings chairman Sardar Biglari said his firm does not have an interest in purchasing Cracker Barrel.

"The [Cracker Barrel] board has created this poison pill as a response to our nonexistent interest in buying up to 49.9% of the company," Biglari said. "To implement an entrenchment strategy is one thing. But to say the stratagem results from our trying to do something we have repeatedly stated we are not going to do is more than disingenuous — it is misleading."

Biglari Holdings acquired its 9.3-percent stake in June, Biglari nominated himself for a seat on Cracker Barrel’s board of directors. The shareholder and the restaurant company have since then embarked on back-and-forth volleys pertaining to corporate performance, the makeup of the board and the future of Cracker Barrel, which operates 604 restaurants.

Biglari is also chairman and chief executive of Steak n Shake and Western Sizzlin’, which he owns under Biglari Holdings Inc.

Last week, when Cracker Barrel chief executive Sandra Cochran discussed the company’s fourth-quarter results, she did not comment on the potential proxy fight with Biglari other than a short statement. It said, in part, “we tried in good faith to reach an amicable resolution with [Biglari], offering him the opportunity to appoint two independent seats on our board. And we’re disappointed that he has chosen to embark on a disruptive and costly campaign.”

San Antonio, Texas-based Biglari Holdings could not be reached for comment Friday.