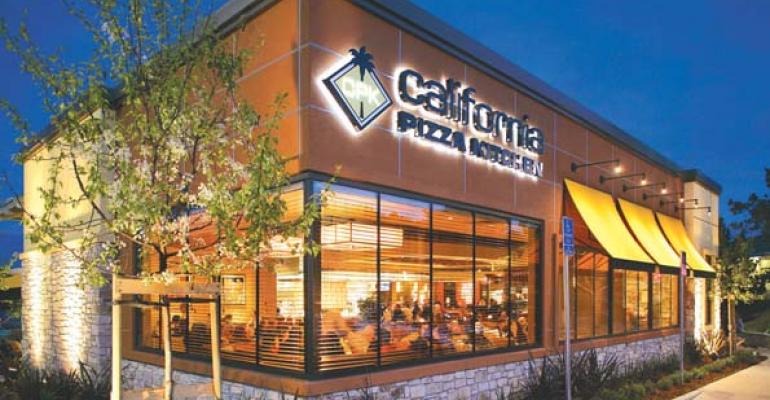 CPK: The road ahead

The new chief executive of California Pizza Kitchen Inc. has an opportunity to revive sales at the casual-dining chain, but the brand’s future may require rethinking real estate and its approach to a key demographic of moms at the mall with their kids, observers say.

Chief executive, president and executive chairman G.J. Hart officially started the job at CPK last week, but a company spokeswoman said he is not ready for interviews with the press.

Formerly chief executive of Texas Roadhouse, Hart was brought in by private-equity firm Golden Gate Capital, which acquired Los Angeles-based CPK in July for $470 million. Hart replaces CPK co-founders Larry Flax and Rick Rosenfield, who remain on the chain’s board of directors.

CPK observers hailed the arrival of Hart, saying they wouldn’t be surprised if the 10-year veteran of Texas Roadhouse brought some of his former management team to Los Angeles as well.

It remains unclear what role Flax and Rosenfield will play, and they did not respond to calls at press time.

Outsiders said they expect the two to remain active in the brand.

“You don’t walk away from your baby,” said restaurant consultant John Gordon, principal of Pacific Management Consulting Group in San Diego. “The founder issue is very sensitive, and I expect Golden Gate will be smart enough to keep the founders involved.”

Hart, however, faces challenges ahead.

Gordon said more closures might be necessary to prune underperforming locations — a move better accomplished as a private company.

A class of lower-performing locations opened during a period of accelerated growth between 1998 and 2003, when Flax and Rosenfield had stepped away from day-to-day operations.

They returned as chief executives in 2003 and slowed growth to focus on quality. But, by some estimates, 30 to 40 of those units are now underperforming, Gordon said, “But closing a bunch of units when you’re public is a fearsome and worrisome thing.”

As it seeks growth ahead, Gordon suggested that CPK borrow a page from casual-dining brand The Cheesecake Factory, which has shrunk the size of its restaurant footprint to broaden real estate opportunities.

Full-service CPK units are typically about 5,300 square feet with about 200 seats, but a smaller space could fit into more secondary markets, he said.

However, the chain’s experiment with a “grab-and-go” variation called CPK/ASAP, with non-traditional locations ranging from 600 to 1,000 square feet, appears to have failed. The few remaining ASAP locations are being converted to full-service CPK units.

Gordon said he was also concerned about the chain’s preference for mall locations.

“I wonder if mall units are atrophying worse than freestanding or urban locations,” he said. “Mall traffic is down.”

Securities analyst Conrad Lyon of B. Riley & Co. in Los Angeles, agreed, saying, “I tend to believe that the mothers that would take their kids to the mall has dropped and hasn’t really come back.”

Describing CPK as “somewhat of a higher-end family diner,” Lyon said the chain might consider beefing up its appeal to families, such kids-eat-free deals on slow weeknights.

However, he noted, “the thing that wins out more than anything these days is price. That’s still a key driving factor.”

With an average check of about $15, including alcohol, CPK faces the added strain of having a core market in California, where unemployment rates remain stubbornly high and fears of a double-dip recession threaten to halt consumer spending again.

In May, before the merger was completed, Rosenfield indicated that California wasn’t “deleveraging the company” as badly as it had been, and that units there were in line with the rest of the system.

Another downturn, however, could reverse improving trends on the West Coast, the observers said.

Brad Ludington, an analyst with KeyBanc Capital Markets in Dallas, said that brand needed to “focus on the quality message and refresh its image in consumers’ minds.”

In late June, the chain rolled out a new menu focusing on more healthful options and all-natural meats. Calorie and sodium levels were reduced across the menu, and a new gluten-free pizza crust option was added, all marking a return, officials said at the time, to the brand’s California, healthy-living roots.

The new menu included mostly non-pizza items, such as salads, tacos and even smoothies, building menu diversity that Ludington said will be beneficial.

When the CPK brand was founded in 1985, the concept stood out with its premium pizza, he said. However, artisan-style quality pizza players are now plentiful and competition is much fiercer.

Gordon sees an opportunity for the chain to build bar sales, a move that has benefited peers like Red Robin Gourmet Burgers.

He estimated that CPK’s bar sales were a “materially low” 7 percent of the menu mix.

“They’ve never really set up a bar operation, but that has to be looked at as an opportunity,” he said.

Ludington said he would like to see CPK expand its test of tabletop Ziosks, touch-screen computer terminals that CPK had been testing in several locations.

“It was something I thought was encouraging, but it seemed like the test stalled out,” he said.

Overall, however, Lyon of B. Riley said Hart has a reputation as a “motivator of troops” who will get CPK back on track.

“It could be a situation where he could really look like a hero if he can get customers to return,” he said.