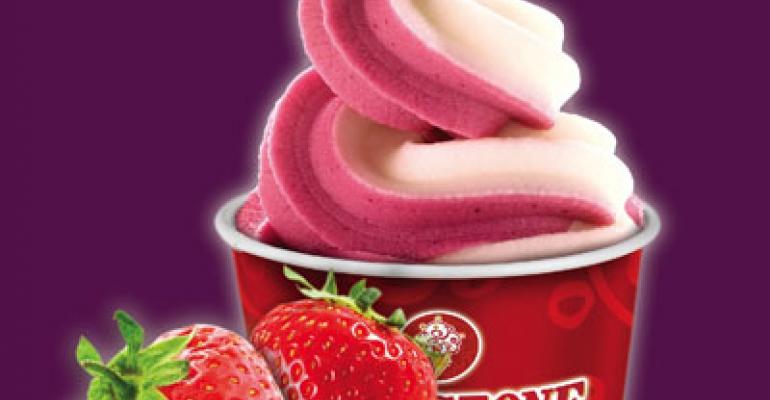 The brand extension will feature a self-serve weigh-and-pay system with a toppings bar. The first units will be in Arizona, California and across the East Coast, and a nationwide launch is expected in spring, the company said Tuesday.

Dan Beem, president of Scottsdale, Ariz.-based Cold Stone Creamery, said the brand extension was made to meet “the growing popularity of frozen yogurt and a continued consumer preference toward choice and customization.”

The frozen yogurt segment has seen wide expansion in the past several years with such established brands as TCBY and Golden Spoon seeing increased competition from newer brands like Pinkberry, Red Mango, Yogen Fruz, Orange Leaf and Orange Cup.

Other types of restaurant concepts are exploring frozen yogurt as well, including Jamba Juice, which is testing Whirl’ns Frozen Yogurt in 22 of its smoothie stores in Northern California.

Cold Stone said locations that do not offer the soft-serve Yogurt Bar could provide hard-pack versions that can be customized like the ice creams. The new frozen yogurt will be offered in vanilla, chocolate and cake batter flavors as well as new tart and tangy versions.

The company said the new Cold Stone Yogurt Bar will be available to franchisees at no additional fee, other than equipment.

Cold Stone Creamery, a subsidiary of Kahala Corp., has more than 1,500 units worldwide.