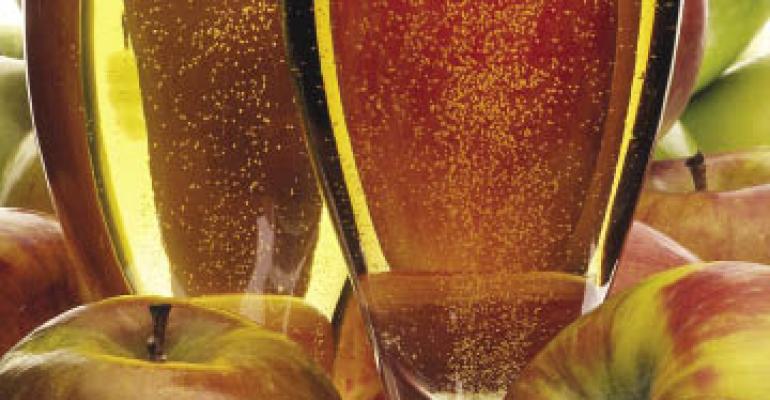 For a beverage that is in many ways simplicity itself, cider certainly can foster an unusual amount of confusion.

This is partly because we North Americans have the curious habit of using the same word to describe both fermented and unfermented apple juice. And lately, flavored ciders have been adding to the mix of misunderstanding.

But they are generating some impressive sales in so doing.

Let’s begin with the basics. In conventional parlance, cider is nothing more than the fermented juice of an apple. But because we also tend to use the same name in reference to the jugs of unfiltered and unclarified juice purchased at any of several thousand roadside stands in apple country in the United States and Canada, most of us have adopted the term “hard cider” to describe the alcoholic stuff.

Elsewhere in the world, cider is alcoholic and apple juice is not, and never the twain shall meet.

Although it was once intensely popular in the Northeastern United States — in colonial times, cider almost rivaled ale in popularity — it fell out of favor for a considerable period. By the mid-20th century it was, at best, a niche beverage.

As the millennium drew to a close, however, cider began to mount a comeback, spurred by the growing popularity of craft beer, with which it was often grouped, and pushed forward by companies intent on creating a new image for the traditionalist drink.

Part of this rebranding was the emergence of flavored ciders, and with their introduction arose more befuddlement. Because their growing popularity coincided more or less with the rise of fruit beers, many consumers initially confused the two, forgetting that beers were brewed from grain, primarily barley malt, and ciders were fermented from apples and, occasionally, pears. Thankfully, familiarity breeds understanding, and the two segments today are more clearly defined.

One company riding the wave of cider popularity is the 16-unit, Irvine, Calif.-based Yard House chain of primarily beer-focused bar-restaurants. In 2009, one brand of pear cider rose to 18th position in total pint sales, out of an incredible 474 total labels carried chainwide. The chain’s director of beverage, Kip Snider, said, “Ciders have always added another segment to our beer menus.”

Flavored ciders in particular have been a boon to the Yard House bottom line, Snider added, outselling traditional apple ciders “year after year” and appealing primarily to female patrons. “A full 75 percent of our cider-drinkers are female.”

The most popular flavors are raspberry and pear, he said.

Besides the flavors, Snider sees one other trend emerging in cider consumption — the blending of cider and beer. Citing examples such as the Black Velvet, a mix of pear cider and stout, and Snake Bite, lager poured with pear cider, Snider noted that a growing number of consumers are finding favor with the blends.

And while that might not have been what the founding fathers had in mind when they began cultivating cider apple orchards, it certainly does bode well for the future of those same trees. n