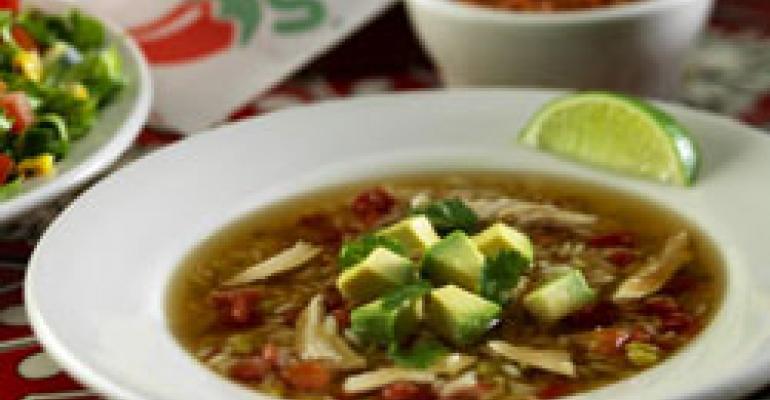 DALLAS Street tacos in mini-corn tortillas, a southwestern chicken wrap and pulled pork sandwiches are among the new items at Chili’s Grill & Bar, which has completed a three-phase rollout of its new smaller menu.

The 1,504-unit chain, a subsidiary of Brinker International Inc., said more than 75 percent of the restaurant’s items have been revamped or replaced. The menu size also has been reduced to eight pages from 12 pages. The new items were rolled out in three stages, starting in September with a switch to never-frozen USDA choice beef in its burgers, a Chili’s spokeswoman said.

The announcement of the new menu comes a week after Chili’s said it would end its “3 for $20” promotion, causing some analysts to wonder what the chain would do now in order to drive traffic.

Chili's new menu now includes a build-your-own-burger section. Called “Top Your Oldtimer,” after the chain’s signature hamburger, it lists a choice of a dozen toppings and four sauces that can be added to the hamburgers, including a new Shiner Bock BBQ sauce, named after the Texas beer that’s used to make it.

That sauce also is a new option for the chain’s signature ribs, which have been reformulated and are now slow-smoked over pecan woodchips rather then mesquite

In addition to its burgers and ribs, Chili's has reformulated recipes for its Southern Smokehouse Burger, chicken Caesar salad and house salad. The chain also has reworked some of its cocktails, with new margarita formulations using premium tequilas.