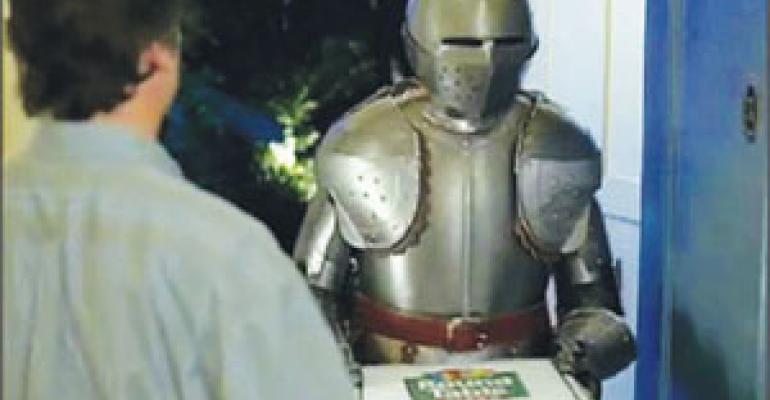 If ever there were a time for restaurants to engage TV viewers with a memorable ad character, this could be it.

Nielsen Media Research recently reported that only a third of TV viewers could recall any commercials they saw, based on findings from the company’s consumer engagement panel. And restaurant chains, like other marketers, still have to contend with consumers fast-forwarding through commercials on digital video recorders, now used in an estimated 17 percent of U.S. households.

Ad characters have been around almost since the advent of TV advertising, and restaurant executives and consultants agree that when the character is entertaining and linked strongly to the brand, consumers will take notice.

Ronald McDonald, the Chick-fil-A cows, Jack in the Box’s fictional CEO Jack and Wienerschnitzel’s The Delicious One are among the characters that have showed staying power and helped the brands generate sales.

Of course, ad characters or icons come and go, usually when a chain’s chief marketing officer says the character has outlived its usefulness, such as Del Taco’s Dan the Product Guy or Taco Bell’s talking Chihuahua, or when their use in commercials was just wrong from the start, as Burger King learned with its ill-fated Herb character in 1985.

“The importance is linking the icon to core brand equities,” said Renae Scott, chief marketing officer of the 500-unit Round Table Pizza, based in Concord, Calif. “We’ve used spokespeople and characters in the past, but not so tied to the brand as Pizza Knight.”

The character’s name is meant as a play on words, she said, to represent both a knight and family pizza night. An initial spot shows Pizza Knight’s evolution from an unpopular school kid to the person in charge of family pizza night at Round Table.

The chain targets parents of children 2 to 12 years old and wanted to appeal to them as a place where busy families can spend some quality time, she said.

Another spot in the campaign, created by WongDoody of Los Angeles, shows Pizza Knight pulling a young boy away from his video game and getting a teen girl off her cell phone so that the family can go to Round Table.

The current campaign will run through the end of December. Scott said the chain plans to keep Pizza Knight around for a while because it has a strong link to the brand and is an entertaining character, which is important in getting people to watch a TV spot instead of zipping past it.

“I think DVRs are creeping up in impact on viewership,” she said.

An entertaining ad character can compel viewers to watch the ad, whether live or later when they’re watching a recorded show, said Tim Hackbardt, founder of the White Barn Group consulting firm in Southern California.

Because there are so many commercials on broadcast and cable stations, “you better give me something worth listening to or watching,” said Hackbardt, who formerly oversaw marketing at Taco Time, Del Taco and Rubio’s Fresh Mexican Grill.

“In the old days, in your media buys you were looking for reach and frequency, and reach is getting harder and harder to achieve, as is frequency,” he said. “If we’re able to establish that [ad] character, then the ability to get frequency can be achieved easier. I can at least get awareness of the brand and can at least put it into the consideration of brand choices.”

Hackbardt credits Burger King’s ad character for making the chain “a pretty cool brand to go to” and said Wendy’s is trying to do the same thing now.

Various people have worn the Wendy’s red-wig icon in recent commercials, which have been a hit so far with consumers. Wendy’s executives say it has generated new exposure for the brand and helped successfully launch the Baconator sandwich.

Ad characters firmly wedded to a brand’s value can last a long time, Hackbardt said, pointing to the Maytag Repairman and Tony the Tiger as examples. If a character is entertaining, viewers will stop their DVRs to watch it and have something to identify with, which is critical to raising brand awareness in a “pretty mature” quick-service market, he said.

Hackbardt was vice president of marketing at Del Taco when the chain’s Dan The Product Guy first appeared in ads in 2000, but the chain fired the character earlier this year and replaced him with “The Beast.”

The chain had shifted its marketing focus under the tagline “Feed The Beast.” The first TV spots did not include the character—a young man with a hairy mane and claws—but only a pair of menacing eyes and the tag.

A current spot, created by Brainsaw of Tustin, Calif., shows The Beast and a friend flirting with an older, attractive woman in a bar. The Beast persuades his friend not to hit on the woman but to go to Del Taco instead for soft chicken tacos.

Restaurant chains use such characters to generate unaided awareness of their brands, which can then spark customer traffic, said Arjun Sen, president of the Denver-based consulting firm Restaurant Marketing Group.

The more consumers are aware of the restaurant brand, the more likely they will become a customer, he said, even if means “driving a half a block more” to reach the restaurant on a street crowded with more easily reached competitors.

Ad characters also have the ability to give another dimension to restaurant chains, which consumers mainly view as one-dimensional, Sen said. KFC was able to bring its brand to life using Colonel Harland Sanders in its ads, he points out.

But it’s important not to confuse consumers by using an ad character, a risk Wendy’s is taking in its red-wig campaign, Sen said. The younger, target demographic may like it, but older customers may feel foolish if they don’t get the joke.

“The worst thing I can do is make you feel like a fool,” Sen said.

Yet Wendy’s needs to connect consumers to its brand in the most effective way it can, he said, because rivals Burger King and McDonald’s have larger advertising budgets.

Even when an ad character generates bad buzz about a brand, there’s a bright side, Sen said.

“If nobody’s talking about [the brand], if it gets lost, that’s the worst thing that can happen to you,” he said.