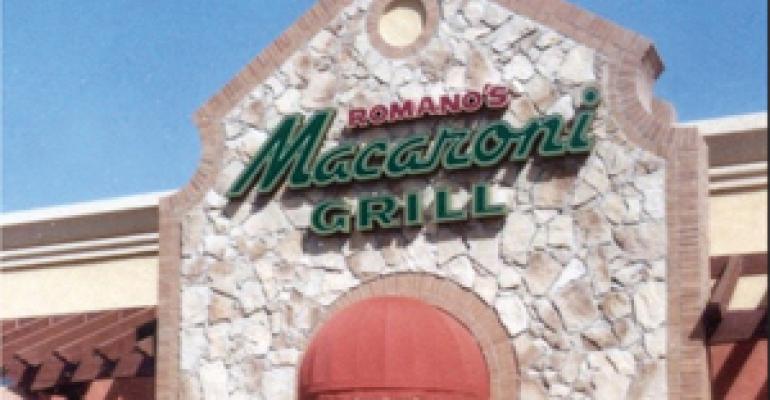 As the casual-dining crisis continues, some of the struggling segment’s national players are shedding prominent yet underperforming brands to focus resources on core concepts while regional chains go upscale in bids to bolster the ranks of fast-dwindling midmarket clienteles.

Hammered by the three strikes of more premium menu offerings from quick-service and fast-casual competitors, a weakening consumer environment affecting lower-income customers and the success of upscale-casual steakhouses and similar brands, many casual-dining operators are scrambling for turnaround traction after a nearly three-year slump.

Those tactics are from a playbook that Darden Restaurants Inc. has followed to a T. In April, Darden closed 54 underperforming Smokey Bones restaurants and slated for sale the remaining 73 locations. Darden also has slowed expansion while emphasizing a branding and sales focus at its Red Lobster and Olive Garden concepts, both of which have been able to post enviable strings of positive same-store sales. Those moves have helped the Orlando, Fla.-based company post gains in revenue and profit while competitors have suffered.

Brinker appears to be next to pursue those strategies. The Dallas-based parent of Chili’s Grill & Bar said earlier this month that it was in preliminary discussions with investors to sell the second largest of its four chains, Romano’s Macaroni Grill, which has posted negative traffic growth for more than five years, one analyst said. Brinker also said it would slow corporatewide new-unit development to between 80 and 93 branches through next June and only 50 more outlets in fiscal 2009, compared with the 149 units it opened in the fiscal year ended two months ago.

Multiconcept casual-dining operator Landry’s Restaurants Inc., which this month was in the throes of a courtroom showdown with creditors that the company said could cause it “irreparable harm,” divested its Joe’s Crab Shack late last year in a move it said would help the company focus on higher-end, more successful brands like Saltgrass Steak House and Landry’s Seafood House. The Houston-based company, at press time, was battling in court over whether its bond trustee, U.S. Bank, could call $400 million in notes to be due immediately, throwing Landry’s credit arrangements into disarray.

Speculation exists that the parent company of Outback Steakhouse, which went private earlier this year with backing from private-equity investors, would also look to shed its secondary brands to focus on a turnaround at Outback.

It’s a sign of the times that the giants in the industry, especially the public companies that need to answer to hasty and demanding shareholders, no longer are afforded the time to develop a growth concept, pundits say.

Applebee’s International Inc., the largest chain in casual dining based on its 1,943 locations, is in the midst of its own buyout. IHOP Corp. said last month it planned to buy the casual-dining giant in a deal valued at $2.1 billion. IHOP has said it plans to turn around the Applebee’s brand with a combination of refranchising, rebranding and cost controls.

Those three strategies are exactly what most operators in the segment are undertaking to reverse sales declines and profit losses.

In addition to its proposed shedding of the 230-unit Romano’s Macaroni Grill chain, Brinker has been working to sell corporate restaurants to franchisees, like its most recent deal that shifted ownership of 95 Chili’s outlets to private-equity firm Olympus Partners for about $155 million. Brinker also has earmarked capital for a remodeling and rebranding initiative at Chili’s.

While the segment’s largest chains accelerate their financial maneuverings, they can only slowly turn around large systems. In the meantime, some medium-size and more nimble casual-dining players are taking steps to make their concepts more competitive.

Adjustments to marketing positioning always are considerations for chains of even moderate size, but the number of brands making substantial shifts in their images has increased dramatically in the past year. Pizzeria Uno became Uno Chicago Grill. Johnny Carino’s Country Italian morphed into Carino’s Italian Grill this past spring. And just this month, the multistate Abuelo’s Mexican Food Embassy chain became the broader Abuelo’s Mexican Restaurant.

The pressures of declining customer traffic and competing segments’ heightened quality efforts have prompted a large number of casual-dining chains to do face-lifts.

Renee Underwood, vice president of marketing at Abuelo’s since February, said, “It was a good time to get our arms around our brand position.”

“Prices aren’t going up and items aren’t being deleted,” Underwood said, “but it’s a new brand imaging that better reflects who we are and better showcases the offerings we have for the guests. We’ve never used full-color photography in a menu before.”

The menu was tested in July in Evansville, Ind.

“Guests are noticing items that they haven’t noticed before,” Underwood said.

O’Charley’s Inc. of Nashville, Tenn., which has renovated 19 of its 229 namesake restaurants in the past quarter, recently updated its menus with steak, crab cakes and calamari and is phasing out is “Kids Eat Free” program. Chief financial officer Lawrence E. Hyatt said the kids program has been removed from about three-quarters of O’Charley’s system to shed low-margin offerings.

The chain is not alone in seeking to distance itself from lower-end “family” pricing and move toward a more affluent consumer—a lesson learned from observing the same-store sales gains that upscale-casual brands were garnering last year even as the bottom end of casual dining was seeing massive defections of its core customers to fast-casual and quick-service alternatives.

Such shifts by casual players don’t come without dislocations, however. After dropping free kids’ menus and adding more up-market fare, O’Charley’s saw traffic decline 6.2 percent at restaurants open at least a year. However, the moves have boosted its average check by 4.3 percent to $12.51.

Similarly, 833-unit Ruby Tuesday has added steaks and seafood entrées to its premium-burger-based menu and upscaled its tagline to “Simple Fresh American Dining.”

Sandy Beall, chairman and chief executive of Ruby Tuesday, told investors earlier this year that in the past 12 months the chain had “looked at a lot of restaurants to figure out relative strategies to take us even further as we continue to refine our concept with quality and differentiation as casual dining continues to mature.”

Ruby Tuesday has “got to have a well-trained, sharp-looking team that really cares about gracious hospitality,” Beall said, and with regard to the look and feel of its restaurants, the company needs to be “less bar and grill, more dinnerhouse [to] differentiate us from our competition.”

Differentiation has been the goal for Max & Erma’s Restaurants Inc. of Columbus, Ohio, for the past year.

“We’ve opened restaurants since 1972, and we’ve never had a rebranding program,” said Eric Steinhoff, director of franchise development for the 101-unit chain. “When we started remodeling restaurants, we got a great increase in sales. We far exceeded what we expected,” though seating has remained much the same, at about 190, in 6,000 square feet.

Max & Erma’s new look is “much more female-friendly,” Steinhoff said. “Our older restaurants have darker wood, a lot of artifacts on the walls. Our new look is brighter colors, higher-end finishes, stained glasses and a signature tower out front.”

The prototype debuted at a corporate restaurant in Springboro, Ohio, a Dayton suburb.

“Female customers influence a lot of dining decisions,” he said, noting that wine sales at the Springboro location have grown to nearly five times that of the chain’s average restaurant.

Steinhoff said Max & Erma’s has worked to broadcast the “freshness” message of its menu as it works on increasing franchising from the current level of only about one-fourth of the chain, or 24 locations.

This past spring, Fired Up Inc. of Austin, Texas, repositioned its 170 Johnny Carino’s Country Italian units to Carino’s Italian Grill, in what the company said was an effort to fine-tune the brand.