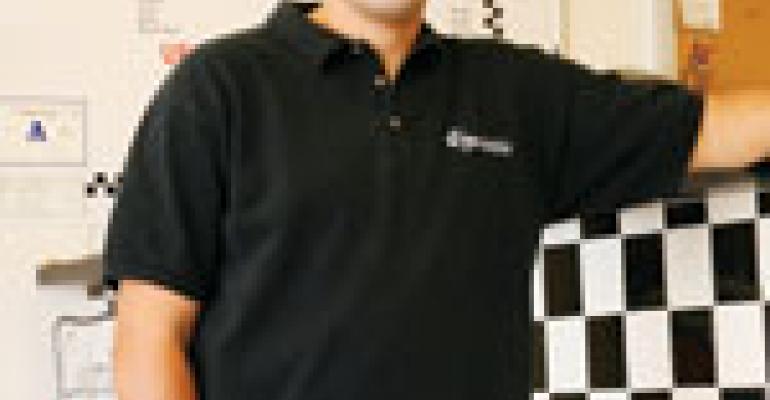 After three decades of slow growth, Capriotti’s Sandwich Shop is ramping up its efforts to bring its fresh roasted-turkey sandwiches to turkey lovers in new markets.

The 55-unit chain has opened 11 units in the past 18 months, and Capriotti’s has ambitious plans to spread its wings beyond the Nevada and East Coast markets where it has traditionally roosted, said Ashley Morris, chief executive.

“For the last 34 years we’ve just focused on a couple of areas,” said Morris, who assumed leadership of the Las Vegas-based chain from the original owners about three years ago. “Next year will be our breakout year. Our goal is to be in as many neighborhoods as possible throughout the country.”

Over the next five years Morris says the quaint sandwich shop will expand to such metropolitan areas as Los Angeles and Chicago.

“Our 2010 goal is to grow by 30 units, and it will significantly increase from there,” Morris said. “The next five years we’ll be ramping up much more significantly than this company has ever seen.”

The competition will be tough, however, as competitors in the crowded sandwich segment continue to pursue their own growth. Segment leader Subway posted $9.64 billion in U.S. systemwide sales in its latest fiscal year, followed by Quiznos at $1.7 billion and Jason’s Deli at $467 million, according to data from NRN’s 2009 Top 200 survey. McAlister’s, Schlotzky’s, Blimpie Subs & Salads and Potbelly Sandwich Works are also notable contenders in the race for market share.

Founded in 1976 in Wilmington, Del., by siblings Lois and Alan Margolet, Capriotti’s set itself apart from its sandwich brethren by roasting its own turkey for made-to-order sandwiches. Over the next 30 years, Capriotti’s grew to more than 50 company-owned and franchise locations in eight states including Arizona, Utah, Nevada and Delaware.

Signature sandwiches, such as “The Bobbie,” which is likened to Thanksgiving dinner on a sub roll, and “The Capastrami,” made with hot pastrami, melted Swiss cheese, Russian dressing and cole slaw, are widely known in Wilmington and Las Vegas, Morris said.

“We don’t want to feel corporate,” Morris said. “We’re never going to have 20,000 stores, but we’d like to have 500, maybe 600, stores one day, and we can do that without making ourselves look and feel like a big corporation.”

In preparation for growth, Capriotti’s has strengthened its business and marketing models and brought in franchising expertise. In July, the company announced the appointment of Patrick Walls to the newly created position of chief operating officer and general counsel. Prior to joining Capriotti’s, Walls spent 13 years at Ridgeland, Miss.-based McAlister’s Deli, where he helped grow that chain from 12 units to more than 280.

“It will be a hole in the wall—really cute inside with the red and black and white Capriotti’s colors,” said Sabina Gault, the company’s public relations director. “It feels like you’re going to somebody’s house.”

“We come from the fundamental belief that 80 percent of your business comes from three square miles, so we focus on neighborhood marketing plans,” he said.

Capriotti’s recently appeared in “The Best Fast Food in America: Esquire’s Chef Survey” alongside heavy-hitting chains like In-N-Out Burger and Chipotle, providing Morris with the priceless PR he needs to fuel the company’s growth.

Capriotti’s also is experimenting with social-media outlets, such as Facebook, to help promote the restaurant in new markets. The company’s Facebook page was originally set up by adoring Capriotti’s fans, but now Morris is looking at ways to maximize the impact of viral marketing.

Morris said he is confident the company can meet its goals.

“It’s an opportunity in a time where opportunities are somewhat limited because of the economy,” Morris says. “We have so much good momentum, and we are truly able to do this in any part of the country.”