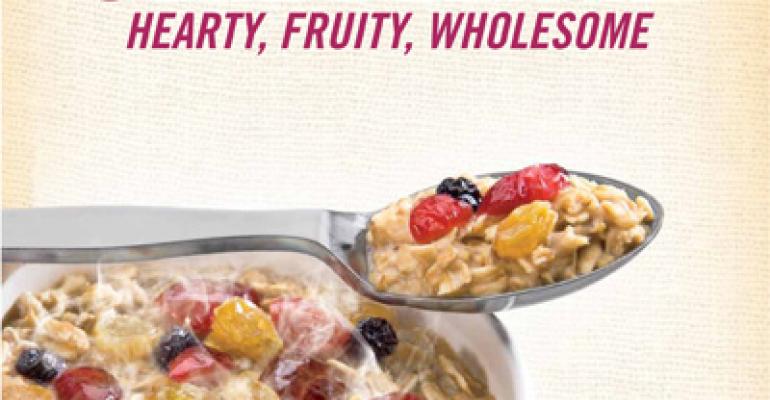 Burger King has begun selling oatmeal, joining other quick-service chains such as McDonald’s, Starbucks and Chick-fil-A, as part of the company’s strategy to update the brand's menu and image.

“At a time when so many families are looking for better-for-you meal offerings on the go, Quaker’s partnership with Burger King provides a flavorful, whole-grain choice when eating outside the home,” Margery Schelling, global innovation officer for PepsiCo Foodservice, parent to The Quaker Oats Company, said.

During conference calls this year, Burger King executives told analysts that the company would introduce new menu items, which include fruit smoothies and salads currently being tested, to broaden the brand’s appeal beyond its traditional young male burger-eating demographic.

The oatmeal debut came soon after Burger King introduced a new burger, the California Whopper, and a new television ad campaign that ditched the longtime King mascot from its marketing.