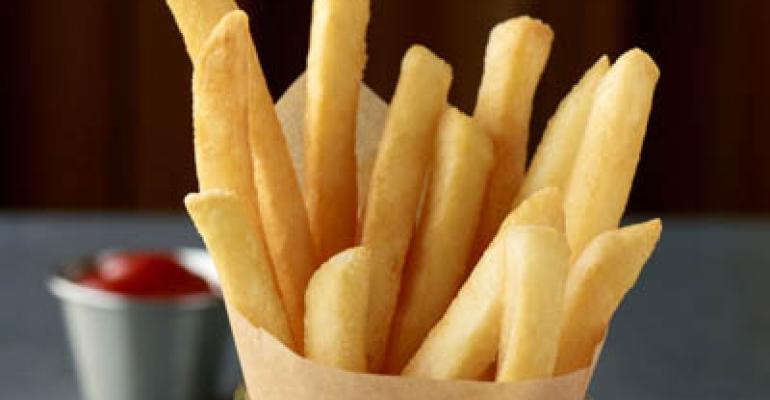 Burger King said it plans to roll out new-and-improved French fries next week, raising the ante in an ongoing battle of upgraded menu items within the quick-service industry.

In what marks the first reformulation of its fries since 1998, Burger King said the new version is fluffier, with better potato flavor on the inside and “crispy, golden-brown deliciousness” on the outside.

The new fries will be in about 7,000 Burger King restaurants across North America by Dec. 5, the company said. To help promote the debut, the chain is planning to offer a free small value portion of fries to customers on Dec. 16, with no purchase necessary.

The new fries are the latest in a series of upgrades at Miami-based Burger King, which was acquired by private investment firm 3G Capital in October 2010.

“With the launch of our new fries, the home of America’s favorite burger now has the best fries in the business,” Leo Leon, Burger King Corp.’s vice president, global innovation, said in a statement. “At Burger King, we constantly strive to make every item on our menu the best it can be. We believe our new fries are the latest example of our commitment to quality and innovation, and we invite everyone to visit our restaurants and taste the difference.”

Burger King’s competitors, however, also have been upgrading existing items across their menus, including fries.

The San Diego-based Jack in the Box chain last year retooled its fries, as did Wendy’s with the introduction of Natural-Cut Fries with Sea Salt. McDonald’s in recent weeks has been promoting its version, boasting in ads of offering the “best fries on the planet.”

For the 12,400-unit Burger King, the success of the new fries could be key in maintaining its position as the No. 2 burger chain behind McDonald’s.

In a report on Tuesday, analyst Mark Kalinowski of Janney Capital Markets predicted that Wendy’s would overtake Burger King’s No. 2 market share position, perhaps as soon as this year.

The suggested price for Burger King’s new fries remains the same, officials said. The fries, however, are about 20 percent lower in sodium. They are cooked in trans-fat-free vegetable oil.

A small value-sized portion has 240 calories and 330 milligrams of sodium.