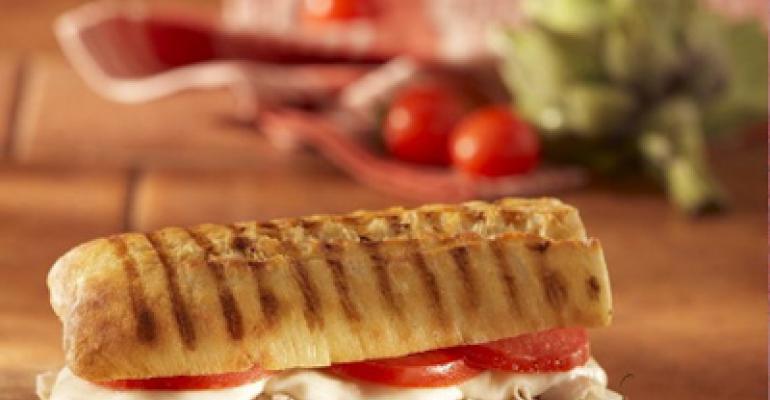 The 300-unit bagel chain based in Burlington, Vt., is adding the crisp-crusted, soft-centered bread as one of its bakery selections and is also using it to make two panini: one with turkey, artichoke pesto, tomatoes and mozzarella, and another with chicken, cheddar cheese and aïoli topped with fresh greens.

Prices vary depending on the location, but the sandwiches are under $7 at all stores, the company said in a statement.

Bruegger’s introduction of panini is consistent with a national trend, according to a Dataessential survey of 3,413 independent and chain restaurants, which says they are one of the fastest growing sandwich types in the country.